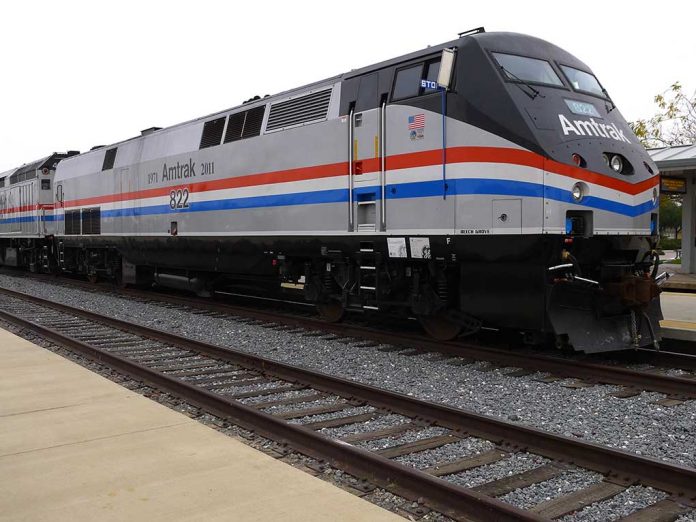 DO NOT Rely on Luck – Do THIS When the Train Leaves the Tracks!

(ModernSurvival.org) – Being locked inside a metal contraption speeding along at high velocity can be a recipe for disaster no matter what form it takes: car, truck, bus, plane, or yes, even a train. When something doesn’t go according to plan and s*** hits the fan, people get hurt and, oftentimes, die.

While there is no surefire way to ensure one’s survival when a metal monstrosity suddenly wrecks, there are most certainly actions anyone can take to improve their chances of walking away from the event unharmed. In the event of a train derailing, here are some tips on how to stay safe.

When traveling by train, try to book a seat one or two cars behind the middle. In most cases, the locomotive goes off the rails first, whereas the middle cars remain on the tracks.

Additionally, try to choose seats facing the rear of the train. This will prevent you from being thrown forward if the train comes to a sudden stop. Some people may have problems with this, however, as it can make motion sickness worse.

Last, don’t spend too much time in the cafe car. Should disaster strike, the fixed tables in this section of the train become weapons. Slamming into a table during a train wreck could lead to severe internal injuries.

Once the crash is over, get out of the train as quickly as possible. To this end, it’s important to identify emergency exits upon entering any of the train cars. Generally, there is an emergency panel to release the doors, as well as windows that can be removed.

Follow the directions given over the PA system, as the conductor (and other personnel) is trained on how to handle an emergency.

Being on a train when disaster strikes isn’t something anyone ever wants to experience, but as always, it is better to be ready just in case. To see how to survive another nightmare scenario, check out our article on how to survive a plane crash.