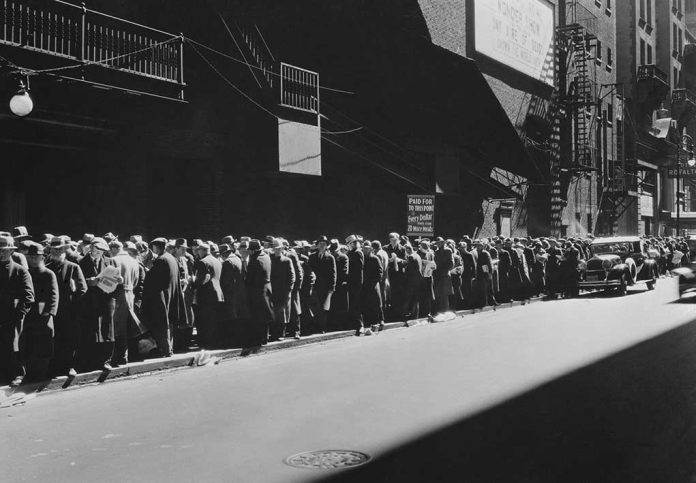 (ModernSurvival.org) – In 1929, the stock market crashed, leading to a decade of horror aptly named “The Great Depression.” Over 15 million Americans were unemployed and stricken with poverty during this time. People had to make do with whatever they could scrape together to survive these challenging times.

Those who survived this turbulent period of history left behind a legacy of determination and ingenuity that anyone interested in survival can learn a great deal from.

During The Great Depression, basic necessities such as medicine were hard to come by. Those who became sick often had to rely upon home remedies to survive. Here are a few they used:

Every survivalist should spend time developing a variety of home remedies. Doctors may become hard to find at some point in the future, forcing the population to become self-reliant whether they want to or not. After all, it happened before, and it can happen again.

Waste Not, Want Not

The Great Depression left a great deal of the population unable to purchase much of anything beyond the bare minimum. Families often couldn’t afford to replace items when they broke down and were forced to make repairs themselves. Items beyond repair were salvaged — each component was put to use somehow.

Repurposing and reusing items until they were so worn they were useless was common practice. Families were forced to become resourceful; even garbage was put to use.

For example, fabrics became an expensive luxury during The Great Depression, which led to some serious out-of-the-box thinking. One famous example of ingenuity from the time came from women who were forced to repurpose feed bags and flour sacks into clothing. Some clever manufacturers got wind of this and capitalized on it by printing colorful patterns on their sacks, which were then transformed into more fashionable dresses.

Modern society has become accustomed to using an item and then tossing it in the trash. The lesson here is to learn ways to repurpose items creatively; one man’s trash can quite literally become another’s treasure… or their shirt.

Not only was the country crushed by the stock market crash in 1929, but in 1930 matters became even worse when the Dust Bowl struck, crippling agriculture in the prairie lands. Food became both scarce and expensive.

For some people, this may seem like somewhat of an obvious solution. Food is hard to come by, so just toss some seeds in the ground, and everything will be fine. Gardening, however, is often a lot harder than it sounds, especially for those who lack a “green thumb.” It’s better to learn how to properly tend a garden before a disaster strikes than when the family is going hungry, as many learned in the 30s.

Just as it was necessary to become creative with everyday items, so too was it with cooking. Ingredients were hard to come by thanks to the Dust Bowl and government-mandated food rationing, which made cooking a challenge. People had no choice but to become resourceful in the kitchen, learning to bake cakes without butter or eggs, for example.

Again, this is a skill best learned now rather than when it’s needed. Cooking is quickly becoming a lost art. For those who don’t know how to cook when ingredients are plentiful, trying to make something edible when they aren’t would be a nightmare.

The Great Depression put the survival skills of everyday Americans to the test. There is a wealth of knowledge to be had by studying the skills mastered during that time that are still viable in this day and age.

To see why it’s important to prepare now for a Great Depression-level disaster, check out our article on black swan events.