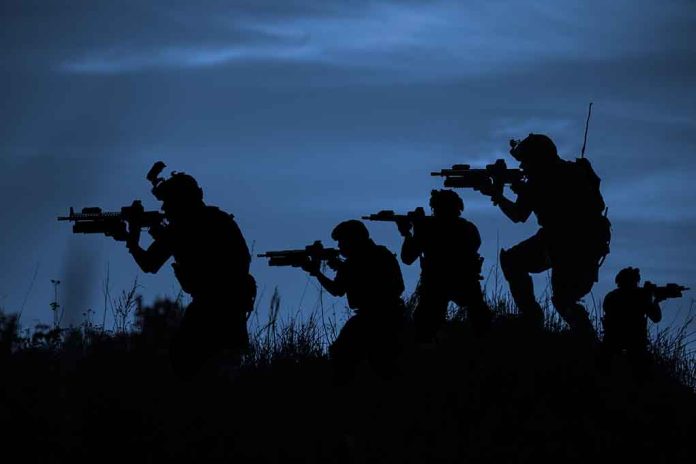 (ModernSurvival.org) – The political divide in America is undeniable. Each side views the other with a growing level of disdain, and neither seems willing to compromise. Rather than trying to calm the situation down, the government is pouring fuel on the fire.

Beginning on January 22, the Army’s annual Robin Sage training exercises are set to begin in North Carolina. For two weeks, Special Forces will battle “freedom fighters” across more than a dozen counties. The goal? To prepare the troops to overthrow “illegitimate governments.”

While the Robin Sage training is an annual event, the announcement of this year’s role play comes days after the Department of Justice (DOJ) revealed a new domestic terrorism unit. Officials claim the new department is to handle increasing threats of violent extremists at home.

For those concerned that the Biden Administration is weaponizing the DOJ to strongarm political adversaries, the close timing of the training exercise and the new unit raises concerns.

For example, some on social media believe the government is training troops to fight American citizens in the event of an uprising. Others believe it’s designed to get the military accustomed to the idea of killing civilians.

Granted, the close timing of the two events could simply be a coincidence.

Regardless of whether concerns about the training are valid, political unrest in the country is a viable threat that shouldn’t be taken lightly. The term “civil war” is coming up more and more often, even going viral on Twitter toward the end of 2021.

Should the worst-case scenario become a reality, and war does erupt on American soil once again, being prepared ahead of time is absolutely vital. Unfortunately, it will take more than just having a supply of food to ride out the storm. To see why, take a look at our article on the most dangerous threat to survival after a disaster.