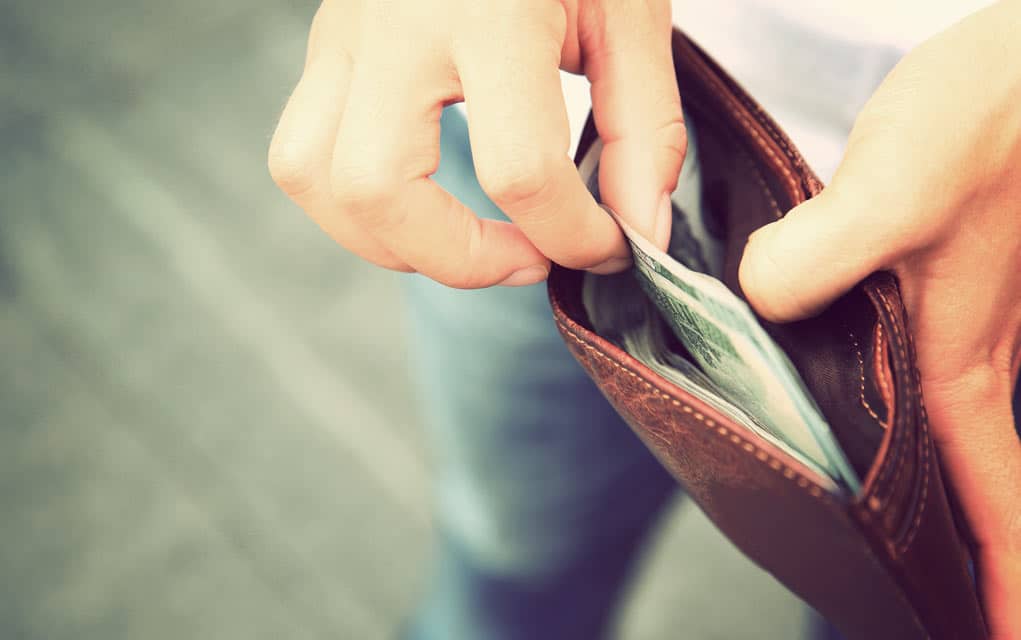 (ModernSurvival.org) – Which of the following tactics is are commonly used by pickpockets to steal?

Answer: All the Above. Here’s why…

For most people, keeping valuables in a wallet or purse is an everyday fact of life. Cash, identification, and credit cards are all stored safely away, or are they? Unfortunately, there are people out there who survive by stealing these items from others.

While cash can be replaced, it can be far more costly in the long run to lose identification and credit cards to someone with nefarious intentions. Drained bank accounts and stolen identities are nightmare scenarios that should be avoided if possible. With that in mind, what can a person do to protect themselves against pickpockets?

The following video from Bright Side has a few helpful tips to keep your wallet, or your purse, safe from pickpockets:

First, the video lists a few common myths surrounding pickpocketing. Let’s take a look at those.

The first myth about pickpocketing is that it’s possible to feel someone who is trying to steal a wallet. Pickpockets use a variety of tools to distract their targets, making it easier for them to steal. Remember, many of these thieves are professionals at stealing from others.

The second misconception is that inner pockets are safe from pickpockets. This isn’t true. A good pickpocket can get a wallet from a jacket pocket or front jeans pocket just as easily as from any other pocket.

One way to avoid becoming a victim of pickpocketing is to recognize the tactics they use against their targets. Here are a few:

Usually performed with two or more pickpockets, sandwiching occurs when the first criminal sets up a distraction such as spilling a bag of groceries. When the “mark” stops to help, a second thief will “accidentally” bump into them, and make off with their wallet.

This tactic is used on the beach when one thief pretends to be drowning, getting people to rush into the water to help. As they do, the rest of the team swipes up valuables left behind while everyone is focused on the water.

Utilizing a bit of trickery, one of the thieves will cry out they have been robbed — which leads to the bystanders instinctively checking their wallets and purses. As they do, the pickpockets are shown exactly where each person is keeping their valuables.

Nothing is too diabolical for pickpockets, it seems. Some will use children to distract a target in order to steal from them. As the child shows off a toy or drawing, a second member of the team will sneak up and steal from the mark.

Fights are known to attract crowds of onlookers, which creates a perfect environment for thieves to exploit. By starting a staged fistfight, they can bring people to them and keep them distracted all at once.

Tourists are notorious for being targeted by pickpockets. This doesn’t mean a traveler is safe by staying away from seedy locations while traveling, either. Pickpockets go to places that tourists frequent.

So how can a person defend themselves against these devious criminals?

Keeping one’s belongings safe is incredibly important in this day and age. Not only are thieves looking to steal from unsuspecting marks in person, but they have turned their sights to vehicles, as well. To see how criminals have begun using technology to steal cars, and how to stop them, check out our article here.