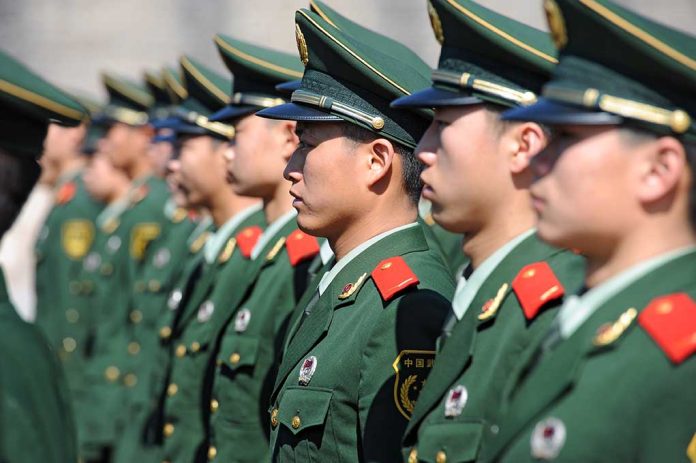 (ModernSurvival.org) – Warfare has evolved over the course of human existence. From stone weapons and slingshots to tanks and intercontinental missiles, the battlefields of today keep edging closer and closer to something one would expect to see in a sci-fi movie. In fact, it appears as though China is bringing some unimaginable — and terrifying — weapons out of science fiction and into reality.

According to Fox News national security correspondent Jennifer Griffin, recent intelligence has confirmed China is developing “brain-control weaponry.” In essence, these new weapons allow the user to fire a gun simply with a thought — no need to pull the trigger.

In the combat world, seconds matter. Milliseconds matter. New technology which cuts out the time it takes for a soldier’s brain to message their finger to pull a trigger is revolutionary — and a potentially devastating tool in the hands of a rival nation.

The Biden administration isn’t letting this news fly under the radar. To combat this technology outside a battlefield (and hopefully prevent fighting it on one), Biden’s team placed 37 new sanctions on Chinese biotechnology companies believed to be behind the new tech.

Aside from the obvious concerns regarding a potentially lost edge against the Chinese military, many are raising questions as to whether these biotechnologies are ethical — especially in the hands of the Chinese Communist Party (CCP). If they’re able to create mind-control weapons, it’s a safe bet that China is working on developing weapons to control the mind, too.

Considering China was recently caught with mock U.S. warships on a firing range, the revelation of this emerging technology is truly worrisome. How long will it be before China decides to stop shooting at targets, and takes a shot at the United States military instead?