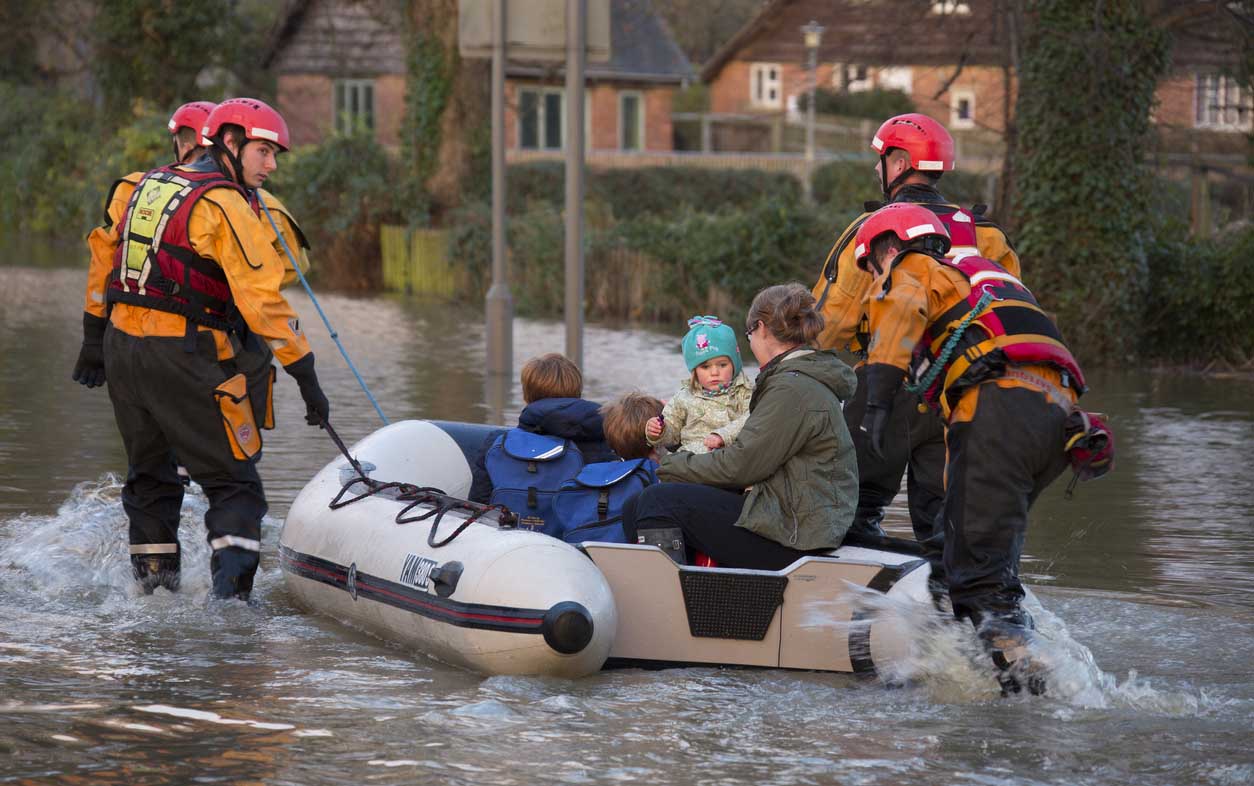 (Modern Survival.org) – What is the best method to clean flood water and make it drinkable in a survival situation?

Answer: It’s Not Drinkable. Here’s why…

Every year, it seems, mainstream news broadcasts videos of unfortunate souls trapped on the roofs of their homes, surrounded in floodwaters and waiting to be rescued. Although floods are often a byproduct of tropical storms or natural disasters such as hurricanes, they can also occur due to heavy rainfall during a thunderstorm or the rapid melting of ice and snow.

For most people, the first threat they associate with floods is drowning. After all, water is rising (often to levels that cover automobiles) and not everyone can swim. Unfortunately, they also tend to overlook one major, potentially deadly, issue with flooding — dehydration.

No one would think they could be in serious danger from a lack of water when they are up to their necks in it. But, is floodwater even safe to drink?

The truth is, flood water really isn’t safe to consume. It contains higher levels of bacteria than would be found in other natural bodies of water such as lakes and streams. Additionally, the water will absorb any pollutants from the items submerged in it, such as automobiles, industrial chemicals and even raw sewage. When water is covering the roads, it also floods into storm drains and manhole covers.

Some contaminants can be removed using water filters and purification methods. However, some chemicals may not be removed from the water, leading to serious side effects, including possible death. Should vomiting occur to reject these contaminants, dehydration could set in quickly.

When faced with a potential flood, stock up on as much drinkable water as possible, and store it high up so that it won’t be contaminated by the floodwater. Fill sinks and bathtubs if possible.

Floods, like any type of natural disaster, are dangerous. It is always best to have a plan in place to quickly respond to such an event. To see how to create a disaster plan to prepare for events such as flooding, check out our article here.