What does the ‘SOS’ emergency distress signal stand for?

Answer: None of the Above

The “SOS” emergency distress signal stands for nothing. Here’s why…

The signal was never meant to be individual letters. It’s a string of three dots, three dashes, and three dots in continuous and uninterrupted Morse code.

Many people use “SOS” and spell it out during a survival situation. Usually from the ground or rooftop.

Ships started getting wireless radiotelegraph machines around the turn of the 20th century. If a ship was in distress and needed help, they would send out a unique emergency signal.

The U.S. Navy used “NC” which was a maritime flag signal for distress from the International Code of Signals. The Marconi Company used “CQD” and would lease radio equipment and telegraph operators to ships.

Germany, on the other hand, used “…—…” which was mandated by the “German Regulations for the Control of Spark Telegraphy” of 1905.

They all quickly realized having different emergency distress signal was not only confusing but very dangerous. The language barrier would be an issue in foreign waters even if they used the International Morse Code.

In 1906, the International Wireless Telegraph Convention met in Berlin in an attempt to establish an international emergency distress call.

Germany’s “…—…” was determined to be the fastest to send and easiest to understand. By July 1, 1908, the “SOS” emergency distress signal went into effect.

One of the first recorded uses of the “SOS” emergency distress signal happened in August 1909. The SS Arapahoe suffered a broken propeller off the coast of Cape Hatteras, North Carolina.

The “SOS” emergency distress signal really has no meaning. It’s just dots and dashes. But if you’re ever in a survival situation, writing out “SOS” will definitely help get the message across that you need actual help. 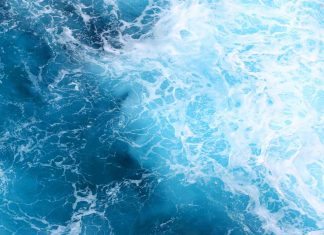 How to Desalinate Seawater

To Get the Salt Out of Seawater to Make it Drinkable, What Do You Need? Poncho Bleach Ammonia Jars Answer: Poncho A rain poncho can be...

Silver Lining: Pandemic Brought This Back