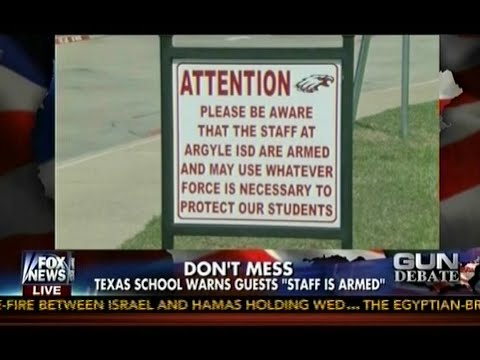 (ModernSurvival.org) – The 2nd Amendment gun debate has been a really prominent topic in the media. With several mass shootings and terrorist attacks happening in the past couple of months, American citizens find themselves divided between what the right course of action should be regarding gun control. Regardless of the details in the debates and reasons for or against gun control, the American people must come to the realization that something needs to be done sooner than later.

As parents, we want our children to be safe and take many measures to feel and know that they are. When parents drop their kids off at school, they expect and assume their child is well cared for and are in good hands. They expect to pick their children up just as they were dropped off in the morning… alive and happy.

Many people feel that strict gun laws would not have stopped “animals” like Adam Lanza, Dylan Klebold, Christopher Harper-Mercer and many others from committing mass shootings. Many believe that criminals work outside of the legal system and having additional gun bans will not stop them from killing. It is their belief that the only thing that stops an individual with a gun, who is randomly killing innocent people, is another individual with a gun who respects life. It really comes down to good people helping good people survive a mass shooting.

In America, weapons are used to hunt, for competitive shooting, as a collector’s items, and to  protect life and property. There are many who are protected by those who professionally carry guns. There are local, state and federal buildings protected with men and women ready to use weapons to ensure public safety. The real question is why do we have banks protected with armed officials but not our children?

There are armed police in many schools, but they will be the first to tell you they don’t have enough resources to be everywhere to provide protection and ensure the safety of every child at school. A shooter could take out a guard or police officer with a visible, holstered weapon, but proponents believe well-trained teachers could slow down the mass shooter because the killer would not know how many teachers are carrying.

Allow this to sink in a bit. The American people care about money, so we protect our banks with armed guards. American airports, office buildings, power plants, courthouses, even sports stadiums, are all protected by armed security. We care about our president, so we protect him and his family with armed Secret Service agents. Members of Congress work in offices surrounded by Capitol police officers, yet when it comes to our children, we as a society leave them every day utterly defenseless.

Today, a growing number of U.S. airline pilots are armed and prepared to use lethal force to protect airline personnel and passengers from potential harm. The volunteer pilots, officially known as Federal Flight Deck Officers carry sidearms to provide one more layer of security and a last line of defense against potential hijackers. Approximately 10 percent of the nation’s 100,000 pilots carry government-issued sidearms on a voluntary basis.

To become a Flight Deck Officer, pilots undergo six days of intense training at a federal complex in Artesia, N.M., which includes weapons handling and close-combat techniques. The Federal Flight Deck Officer (FFDO) program is run by the Federal Air Marshal Service with aim of allowing volunteer pilots of commercial airline flights to carry firearms for the purpose of defending the flight deck against 9/11-style attacks. A similar program could be established for the purpose of training school administrators and faculty using similar guidelines to that of the Federal Flight Deck Officer program.

If it’s possible to stop the monsters from harming our children, many would rather try this approach than to do nothing. Now is the time the American people decide on a solid solution to protect more innocent children from dying. Solutions that even “Gun Free Zone” representatives would agree to. Is now the time to train and arm educators to provide a last line of defense against those who mean to do us harm? While this may seem like a bizarre proposition to some, we as a society, need to collectively agree that if nothing is done more people will fall victim to mass shootings.