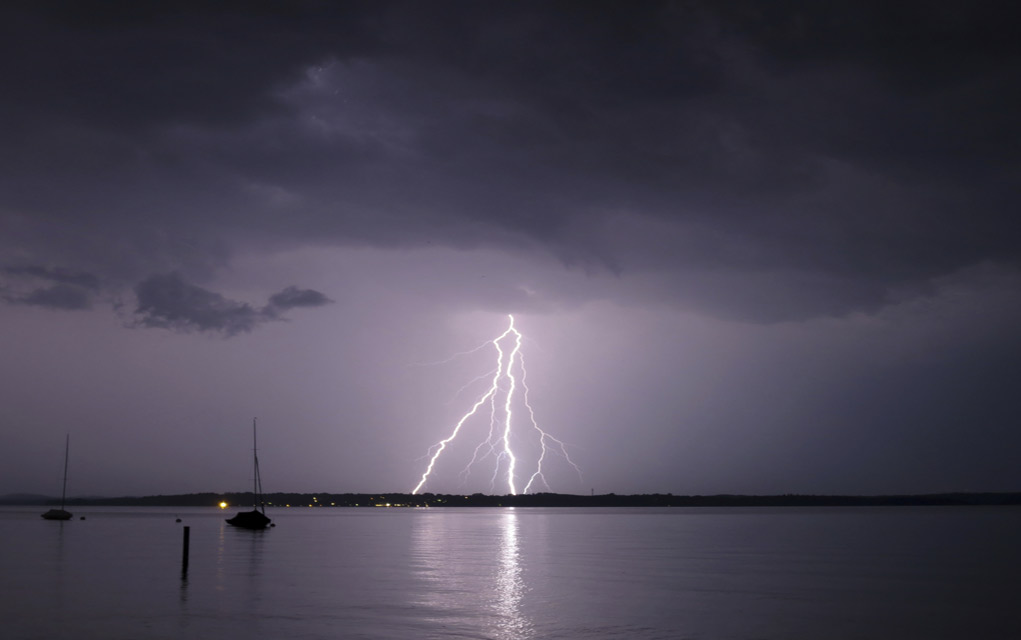 (Modern Survival.org) – What Should You Do if You Are Caught in a Lightning Storm?

Answer: Crouch Down Low. Here’s why…

Being exposed to the elements can be deadly in a survival situation. But when a storm rolls in and lightning begins cascading down from the heavens, the level of danger goes through the roof. When caught in a storm, how can a person stay safe from getting struck by lightning?

The following video by How to Survive explains how to avoid being struck by lightning:

When taking shelter isn’t an option in a lightning storm, certain areas and objects should be avoided. Open fields and hilltops are not good places to be since lightning tends to strike the tallest object in the area. A valley or ravine will be a better option, as they are lower in elevation than the surrounding environment.

Avoid tall objects, such as trees, telephone poles, and traffic signs as well. If you are stuck in a forest and avoiding trees isn’t an option, stay closer to the shortest trees you can find. The goal is never to be the tallest object in the area.

This should seem obvious, but if it is raining, stay out of the water — even if you can’t hear thunder or see lightning. Water conducts electricity, and the average lightning strike contains 15 million volts. Avoid lakes, beaches, rivers, and streams if it’s beginning to storm.

Lying on the ground is a horrible idea when lightning is raining down. A lightning strike up to 100 feet away can be fatal due to a rippling effect called a ground current.

To reduce the risk of shock from a ground current, crouch into a ball with the head placed between the knees. To maximize the effectiveness of this position, minimize the contact with the earth as much as possible. Being struck by lightning in this position will reduce the distance to the ground, and the damage suffered.

Being exposed to the elements can have disastrous results in as little as three hours, even without the threat of being struck by lightning. To see why check out our article on the rule of three for survival. 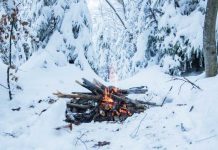 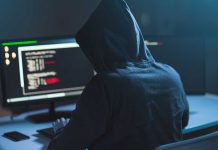 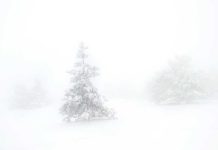 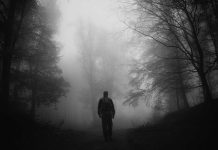