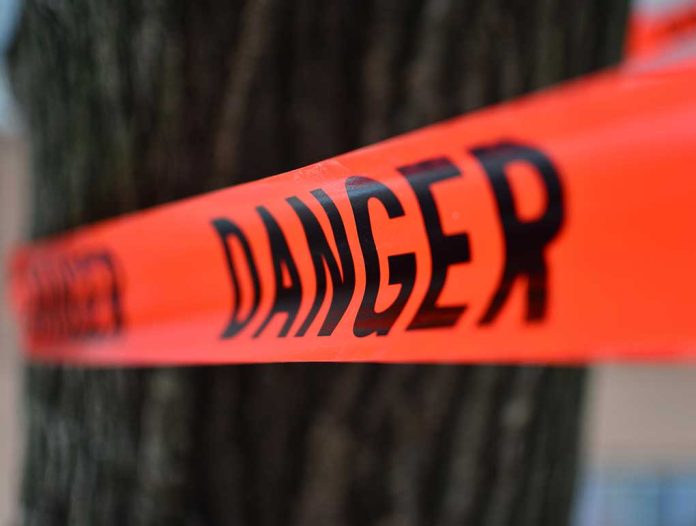 (ModernSurvival.org) – Survivalists generally prepare for “normal” emergencies such as house fires, power outages, and even the occasional natural disaster. That said, they also keep a wary eye out for other potential dangers, even those that may seem out of the ordinary or downright bizarre. The recent streak of frigid temperatures in Florida, for example, has given locals one more thing to look for -– and it’s truly strange.

Cold-Stunned Iguana Patrol in South Florida thanks to ⁦@cbenavidesTV⁩ pic.twitter.com/NjCWBRMYHC

Citizens in the Sunshine State may appear a bit crazy right now, with their heads tilted back and eyes pointed at the sky. No, they’re not looking for UFOs nor is the sky falling — but the iguanas are.

Thanks to the cold weather, the invasive lizards are entering hibernation-like states. When this happens, they lose their grip on branches and come crashing down. Considering the creatures can reach lengths over 5 feet (and weigh over 20 pounds), having one fall from a tree could certainly be a serious threat to anyone below.

While the risk of nature raining iguanas isn’t something that everyone should fear, it’s still a good idea to look up when walking beneath a tree. Falling lizards aren’t the only potential danger lurking in the leafy heavens.

To most people, the term “widowmaker” is associated with a massive heart attack. The phrase was coined to describe anything that could kill a man and leave his wife a widow, though it applies to anyone.

In the survival world, however, widowmakers are something else entirely — but every bit as dangerous (hence, the name). When spending time outdoors, whether hiking, camping or taking a walk through a park, knowing what this kind of widowmaker is could save a person’s life.

What is a Widowmaker?

In this case, a widowmaker is a dead tree branch high in a tree. These branches could fall to the ground and onto an unwary person. They’re often knocked down by a sudden gust of wind, accumulating snow, rainstorm, or other force of nature.

The term “widowmaker” originated in the logging community and has even been recognized by the Occupational Safety and Health Administration (OSHA). Loggers have long known the dangers of falling branches, both when arriving at a job site and while cutting down trees with loose branches.

What to Watch For

Any time a person is around trees, it’s possible to encounter a widowmaker. Dead branches are common; just look up.

There are some scenarios that make a falling branch more likely, and certain places to avoid in order to reduce the risk. Here are some tips on what to watch out for:

The best way to avoid a widowmaker is to be aware of the surrounding environment. Situational awareness is a hot topic amongst survivalists for good reason, and it extends far beyond looking for danger on the ground. To learn more about situational awareness and how to develop it, check out this article.