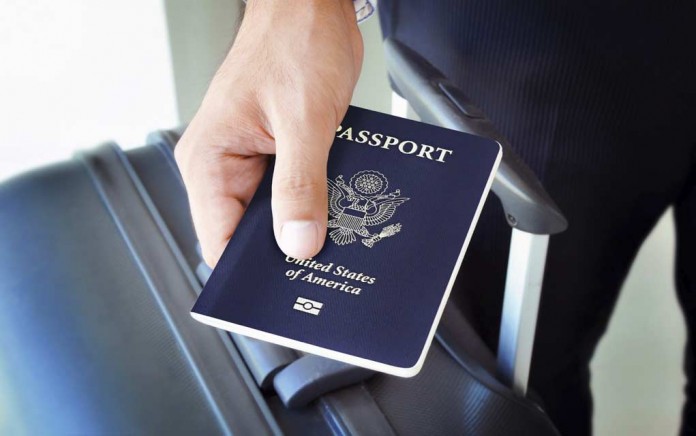 While most Americans were busy trying to buy that last minute gift or attending company Christmas parties, Congress was busy trying to come up with ways to make sure the IRS would have a wonderful new year. In the “politics as usual” methods of our U.S. Government, a new law was passed in December giving more power to the IRS to collect unpaid taxes from American citizens. The new power was deeply hidden in a transportation bill stating that your freedom to travel could be taken from you if you owe back taxes.

The New Law
The new law, entitled “Revocation or Denial of Passport in Case of Certain Tax Delinquencies,” states that anyone owing the IRS $50,000 or more can have his or her passport cancelled. The Internal Revenue Service can simply cancel your passport just by alleging you owe them money. There are no courts, lawyers, or judges or anything else stopping them from doing so. The taxpayers will not have a chance to fight the decision in court before the passport is taken. If you didn’t already know, the IRS works in a “guilty until proven innocent” type of justice.

In this world, nothing can be said to be certain, except death and taxes. – Benjamin Franklin

The Issues With The New Law
To put it plainly, the IRS has a reputation of destroying people’s lives without consequence. How many times has this agency wrongfully closed bank accounts or seized assets without due process? The IRS has seized accounts even though no charges have been filed, much less convictions won. They’ve seized bank accounts of small businesses without any warning, causing many businesses to close their doors, all on what the IRS deems to be “suspicious” transactions like irregular daily bank deposits. The chances of getting your business back up and running after an IRS seizure mistake are slim to none and all done without consequence to the IRS.

It is estimated that there are four to six million American citizens living abroad. Most rely on their passports as identification for renting homes, traveling, opening bank accounts, and other everyday uses. People who owe the IRS should pay their due in full or make arrangements for payments over time, especially if they plan on traveling and don’t want their bank accounts and other assets seized.