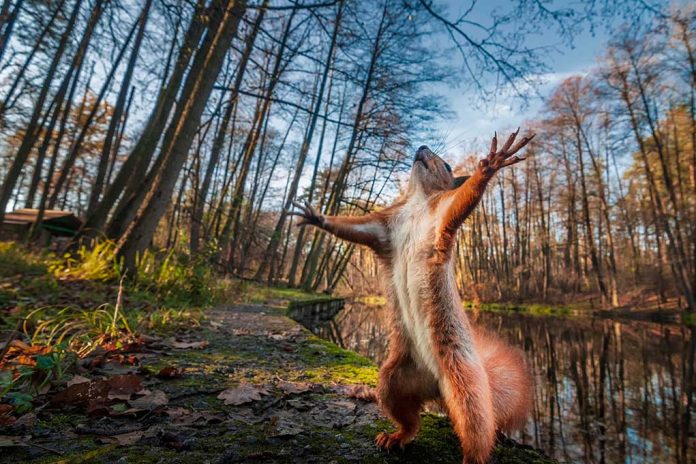 (ModernSurvival.org) – For most of mankind’s history, fall is the time of year when people make a mad rush to prepare themselves for winter. This includes stockpiling food and stashing it away to enjoy when the cold hits. For mother nature, many animals do the same. Unfortunately for one man in North Dakota, a “tiny prepper” decided to turn his truck into a winter resort.

Bill Fischer, a 56-year-old resident of Fargo, has a squirrel problem. Each year, the local red squirrels turn his pickup truck into a storage unit for walnuts. While Fischer has waged a war against the little buggers for years, removing their hard-earned harvests from his vehicles time and time again, this year they surprised him.

According to Fischer, he has removed roughly 42 gallons of walnuts from his Chevy Avalanche. That is approximately 358 pounds of walnuts. Fischer says this is a new record for this squirrel. As the video above shows, his rival filled every nook and cranny of the truck with nuts — nearly covering the engine.

Fischer told WKRC news that the squirrel stashed walnuts everywhere, from the radiator fan to the inside of the fenders. Even after disassembling large portions of the vehicle, Fischer claims he can still hear walnuts rattling around in places he cannot get to.

This story may seem a little “nuts,” but it is a good reminder that winter is coming. Unfortunately for the squirrel, it may be a rough one, as all of his work has been undone by a human unwilling to share his ride.

For information on how to prepare for the coming winter months, take a peek at our article here.