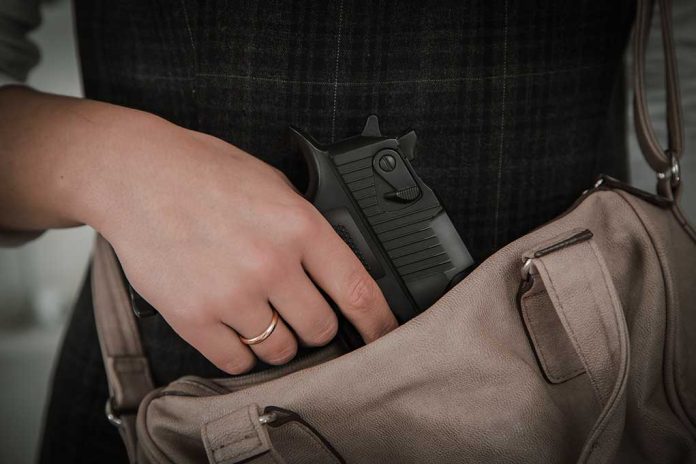 (ModernSurvival.org) – Second Amendment advocates have reason to celebrate. Another state has joined the growing list of those that do not require a government-issued permit to carry a concealed firearm.

ANOTHER CONSTITUTIONAL CARRY WIN! Ohio is now the 23rd state to sign permitless carry into law.

Thank you to @GovMikeDeWine and our pro-2A activists who made this victory possible.https://t.co/DJpdkRpwNI

On Monday, March 14, Governor Mike DeWine of Ohio signed Senate Bill 215 into law. The bill removes the requirement to possess a permit to carry a concealed handgun, so long as the individual is legally allowed to own the firearm.

Previously, Ohioans were required to pass a background check and take eight hours of training before getting their permit.

The National Rifle Association (NRA) was quick to congratulate Gov. DeWine, saying, “Any right requiring a fee or government permission slip isn’t much of a right at all.”

According to the NRA, Ohio is now the 23rd state that doesn’t require a permit for law-abiding citizens to concealed carry. The other states include:

With crime rates skyrocketing across the nation, perhaps criminals will think twice before committing a crime in Ohio. After all, they have no way of knowing which potential victim is actually armed and ready to defend themselves now.

For those considering purchasing a concealed carry firearm for themselves, we have a handy guide on what to consider when selecting the right gun here.