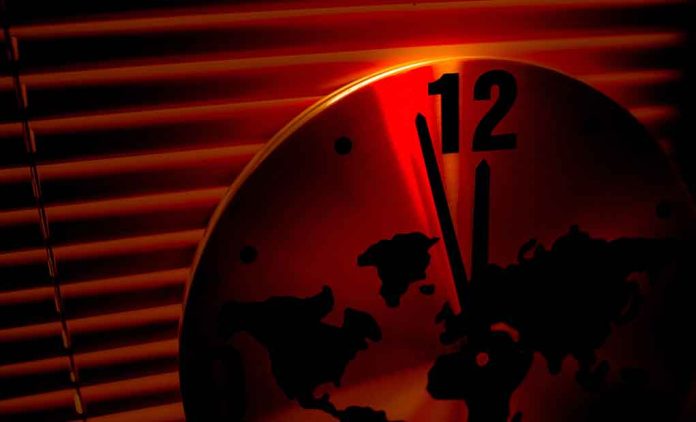 (ModernSurvival.org) – Of all the calamities that could befall the earth, none are quite so terrifying as the threat of a global nuclear apocalypse. Unfortunately, according to one expert, there’s an uncomfortably high chance this scenario could play out within the next year.

Investment trends forecaster BCA Research says there is a 10 per cent chance that a “civilization-ending global nuclear war” will occur within the next 12 months.https://t.co/pno5SzADdB

Peter Berezin, Chief Global Strategist and Research Director for BCA Research, recently made a startling announcement: the world has a ten percent chance of facing a “civilization-ending global nuclear war” within the span of 12 months.

According to Berezin, Russian President Vladimir Putin is committed to taking Ukraine at any cost, which increases the likelihood of an atomic apocalypse.

In part, the strategist claims the collapse of the Russian ruble may lead to nuclear conflict if Russian citizens revolt. Berezin speculates that, should Putin find himself in a position where he sees “no future,” then it’s likely he would make sure the rest of the world has no future, either.

Berezin admits that there is a high margin of error in the forecasted percentage, but claims such a high number is “uncomfortable.”

It isn’t only the BCA Research firm that seems to believe a nuclear apocalypse may be in the cards, though. According to Rising S Company, a Texas-based manufacturer of bomb shelters, demand for their product has increased by one-thousand percent thanks to the war in Ukraine.

What do you think? Is the world facing a nuclear apocalypse?