Which of These Repels Mosquitoes?

Marigolds repel mosquitoes and other bugs. So does mint, catnip, and citronella. But sweet gums and cedar seem to attract mosquitoes. Weeping willows are also said to attract these pesky little vampires, but weeping willows are often found close to bodies of water, where mosquitoes lay their eggs. So, it’s hard to tell whether it’s the water or the trees that are the attraction. Bushes and big-leafed plants tend to attract them, so it’s best to have your sitting area surrounded by mint, citronella, marigold, catnip, and rosemary among many other plants that repel mosquitoes rather than bushes.

Make your sitting area or garden into it’s own mosquito repellent. To take it on the go, mix any of the essences of these plants with a bit of rubbing alcohol and spray it on yourself and your clothing. 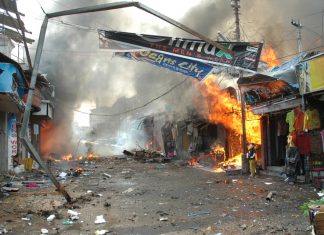 (Modern Survival.org) - No one knows what’s going to happen after the November election. Many on the Right speculate there will be civil unrest...