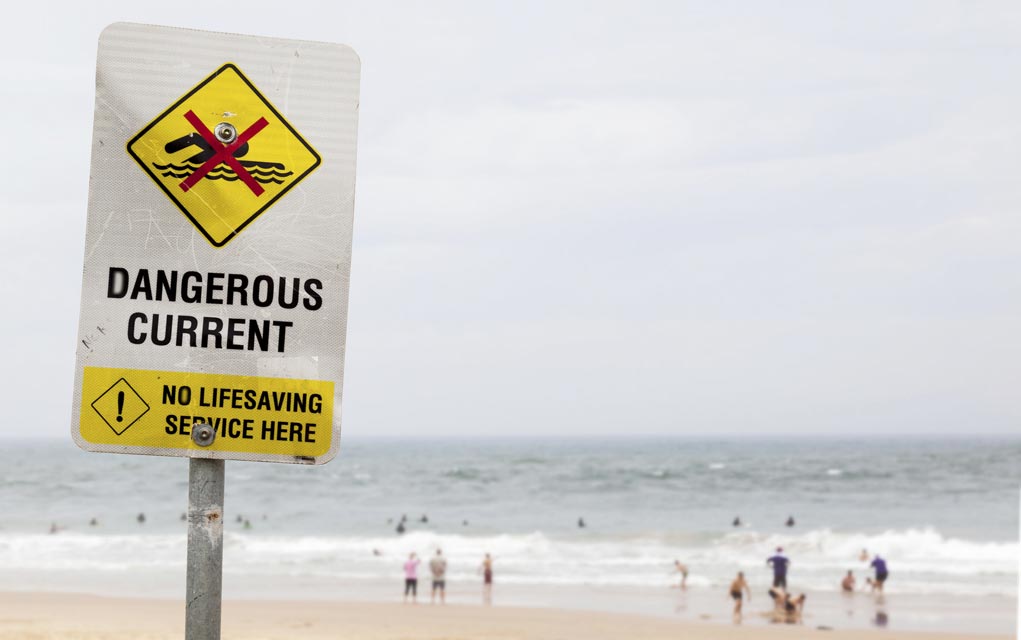 (Modern Survival.org) – To escape a rip current while swimming in the ocean, you should:

Answer: Swim parallel to the shore. Here’s why…

People all over the world dream of enjoying the beach on a sunny day, but very few of them are aware of the danger lurking there. No, it isn’t sharks, jellyfish, or even barracuda that should be the immediate concern — it’s the water itself.

Rip currents are fast-moving and narrow channels of water that push anything caught in them away from the shore. According to weather.gov, these natural phenomena can move anywhere from one to two feet per second but can reach speeds of up to eight feet per second. Trying to swim against one will tire out even the best swimmers and increase the risk of drowning.

In the following video, usoceangov provides safety tips for rip currents and how to survive them:

When caught in a rip current, remain calm. The current will push you out to sea, but it won’t pull you under the waves. Keep floating and signal to shore for help.

To escape the rip current, swim parallel to the beach until it is no longer pushing you out. Then swim at an angle back toward the shore. If exhaustion becomes an issue, wave and yell for help from the shore.

One important thing to remember is that if someone else is caught in a rip current, do not attempt to save them yourself. Locate a lifeguard and send them out to rescue the person instead. Often, would-be rescuers are those who end up drowning. Leave the rescuing to a professional.

Becoming a well-rounded survivalist means knowing how to overcome threats in any situation, even on an otherwise peaceful vacation. To avoid unnecessary hassles the next time you head to the airport, check out our article on how to avoid red flags with the TSA.