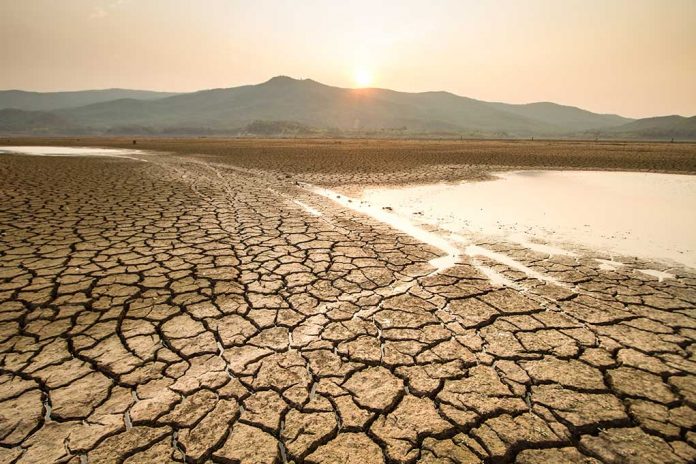 (ModernSurvival.org) – Droughts are often overlooked when it comes to natural disasters, as people tend to focus on tornados, hurricanes, and earthquakes. While these other disasters do unleash widespread destruction, in the long run, a severe drought can be every bit as devastating.

In fact, according to the Environmental Protection Agency (EPA), droughts are often more costly than other natural disasters. The lack of water, coupled with extreme heat, can cause crops to grow poorly (or fail altogether), wildlife (and livestock) to perish, and even threaten human populations.

Stock Up on Water

To survive a drought, the first step is to stay hydrated. Yes, this may be difficult, considering water is hard to come by during a drought, but when it’s scorching outside a person will become dehydrated in a hurry. Under optimal conditions, a person can only last three days without water, on average.

If a drought is suspected to be setting in, stock up on bottled water, gallon jugs of water, or even 55-gallon drums. Most people need a gallon of water a day, so having a large supply of emergency water on tap could be a lifesaver. Droughts are often unpredictable and will last until rain returns to the area. The more water that’s stashed away, the better a person’s chances of survival will become.

This may seem obvious, but conserving water is vital to surviving a drought. When a drought gets bad enough, the government can and will begin to shut off water supplies to the public in order to conserve what water is available. Cut back on showers, take shorter showers, and reduce the amount of water usage wherever possible. It’s more important to have water to drink than it is to have a long shower.

For more information on how to prepare for a drought, check out the following video from Rogue Preparedness:

Droughts are incredibly dangerous and often lead to other issues that can be life-threatening, such as wildfires. To see where to go when a wildfire breaks out, take a look at our article here.