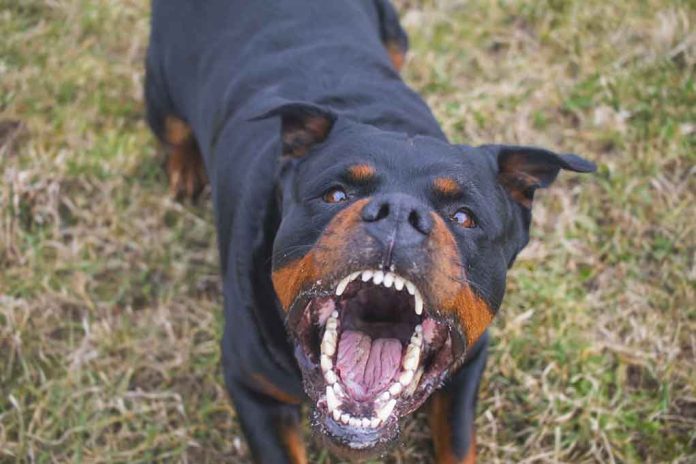 (ModernSurvival.org) – Owning pets brings comfort and companionship to many around the world. Unfortunately, these animals occasionally revert back to their feral instincts, and the results are devastating.

Saturday, January 30, police in Waynesboro, Virginia responded to reports of a domestic dog attack. Authorities located a 7-year-old girl in critical condition while investigating the incident.

Despite being rushed to a local hospital, the unnamed youth died from her injuries. According to police, another individual was also harmed by the animal during the attack.

Since the fatal incident, the dog, a rottweiler, has been seized and its owner, 60-year-old Stephen Kachmar, is facing charges for harboring a dangerous animal.

This horrible tragedy is a reminder that survival situations don’t always involve large-scale disasters. Sometimes, facing an angry animal is enough to put one’s life in danger. This is exactly why it’s important to know how to defend against a dog attack.

How to Defend Against a Dog Attack

Dog attacks are far more common than many people realize. In fact, according to allpetslife.com, roughly 4.7 million people are bitten by dogs each year. Should you come face to snout with a vicious dog, do you know how to defend yourself?

In the following video, former Navy SEAL Clint Emerson explains how to defend against a dog attack:

The first step is to guard the body. Provide a target for the dog to attack, such as a purse, jacket, coat or backpack.

If possible, wrap your arm with a shirt to provide a layer of protection should the animal lose interest in the target and decide to attack. Keep the inside of the forearm away from the dog at all times, as this is where the major arteries are located.

Punch the dog on the nose. A dog’s nose is a big target with multiple nerve endings. When struck hard enough, the canine may lose interest in attacking and retreat. Other targets include behind the limbs and in the ribcage.

If the dog breaks skin, seek medical attention. There is no way to tell whether a dog has rabies, and even a minor bite could become a serious medical emergency.

Now that you know how to defend against a dog, check out our article here on how to survive a mountain lion attack.