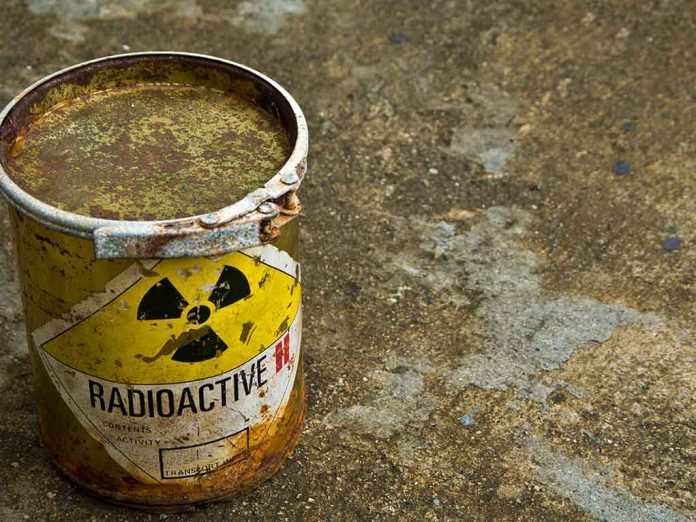 If You See These SYMPTOMS, Get Help FAST!

(ModernSurvival.org) – During a nuclear detonation, ground zero of the blast reaches millions of degrees Fahrenheit, instantly incinerating everything nearby. The resulting shockwave travels great distances as well, and people up to five miles away may still suffer third-degree burns from the heat. Even if one doesn’t die in the initial explosion of an atomic bomb, the side effects of these weapons can still kill — even many years later.

What is Acute Radiation Syndrome?

While this syndrome is relatively rare now, it afflicted many following the bombings of Hiroshima and Nagasaki, and those near the Chernobyl power plant explosion.

What are the Symptoms of Radiation Sickness?

The first signs of radiation sickness tend to come in the forms of nausea and vomiting. The next wave of symptoms usually comes after a period of recovery, and include:

If these symptoms aren’t bad enough, this radiation exposure can lead to various cancers and cardiovascular disease further down the road.

How Much Time Do You Have?

While it may be difficult to know how much radiation one has been exposed to, the time between exposure and the onset of the initial symptoms is a good indicator. The higher the level, the faster the symptoms will present themselves. Extremely high doses of radiation will lead to symptoms within minutes, whereas people exposed to lower levels can take days or weeks to begin displaying signs.

After a nuclear explosion occurs, every second counts. The event will send a cloud of radioactive particles into the atmosphere (commonly known as nuclear fallout), which will begin bombarding the surrounding areas in as little as 15 minutes. During this time, it is imperative to find shelter and seal it off to ensure the irradiated particles cannot get inside.

While no one wants to see another nuclear weapon detonated in an act of aggression ever again, it’s a good idea to prepare now should the unthinkable occur. To see what to do to prepare oneself for a nuclear attack, look at our article here.