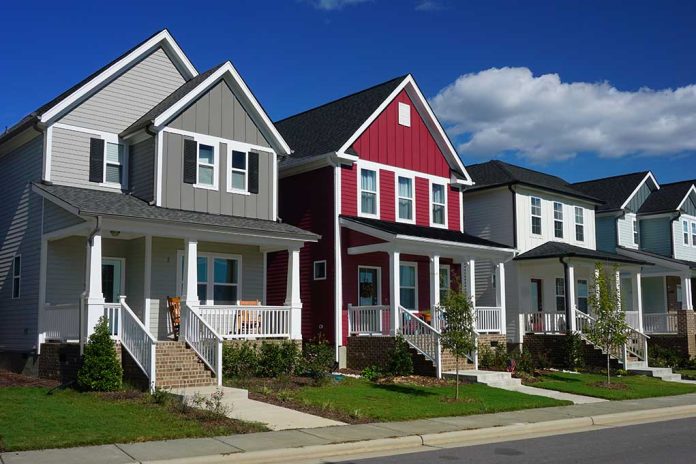 (ModernSurvival.org) – For most homeowners, the idea of having a criminal break in and rob them is a legitimate concern. The notion of having their entire house stolen, however, seems a bit far-fetched. For one man in Lutton, England, this nightmare scenario is a bitter reality.

Man shocked to find house stripped of all furnishings after it was sold without his knowledge https://t.co/DVMJDIdyDu

Reverend Mike Hall was away from home working in North Wales when he received a worrisome call from his neighbors: someone was in his house. Hall immediately got in his car and rushed home to Lutton, England, where he found the locks on his door had been changed.

When a stranger answered the door, Hall shoved his way inside only to find all of his belongings were gone, down to the carpet on the floor. The stranger claimed he was doing work on the building, but Hall hadn’t sold the house. Unfortunately for him, someone else had.

Initially, the police didn’t believe a crime had been committed when Hall reported the incident. After The British Broadcasting Company (BBC) helped Mr. Hall get in touch with the fraud department, it was discovered that someone had stolen his identity.

The company that sold the property is currently unidentified, however, they did tell the BBC that they’re cooperating with the police investigation. In the meantime, Mr. Hall’s property is legally owned by the person who purchased the residence.

This story highlights one of the multiple reasons why protecting one’s identity is of vital importance in this day and age. For information on identity theft, and how one can protect themselves against it, take a look at our article here.