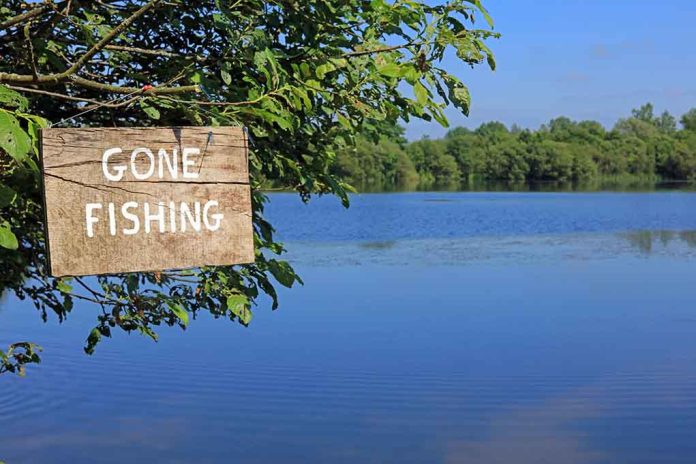 (ModernSurvival.org) – Magnet fishing is becoming a popular new pastime for many Americans. The idea of pulling up sunken treasure at the end of a line is exciting; after all, one never knows what may be lurking in the water.

For a young boy and his grandfather, a recent fishing trip led to a big catch — and a meeting with the police.

Duane Smith took his grandson magnet fishing at a Florida canal on Sunday, January 31. Inspired by a YouTube video on the subject, Smith and 11-year-old Allen Cadwalader decided to try their luck. The pair didn’t know what they would pull up as they lowered a five-pound magnet into the water.

One can be certain, they didn’t expect to catch a 50 caliber Barrett sniper rifle, much less two. But that is exactly what happened.

In an interview with The Miami Herald, Smith claims he and his grandson ended up with “two pounds of scrap metal, and 40 pounds of gun.”

Both rifles were wrapped in plastic, presumably to protect them from water. According to Smith, a retired member of the United States Army, the serial numbers were filed off of both firearms.

Upon discovering the missing identification, Smith contacted the authorities. He believes they were put in the canal by someone who intended to come back for them. Smith said they must not be an average criminal, considering the cost of the rifles.

Both guns are currently under investigation at a forensics lab.