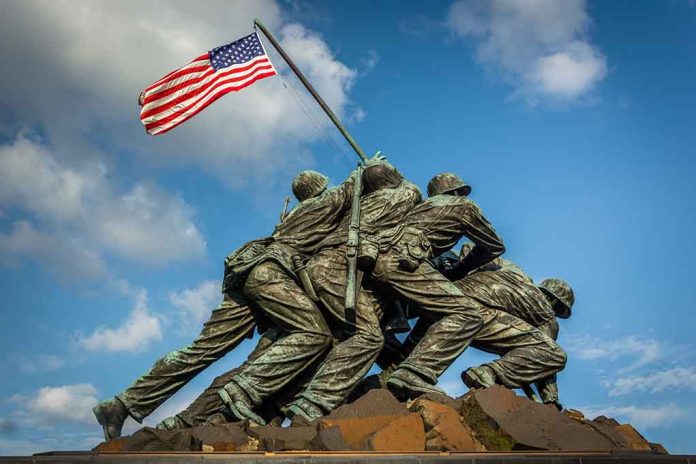 (ModernSurvival.org) – The second World War cost countless American lives. From the fields of Europe to the Pacific front, WWII was a brutal fight that saw Allied forces conquer the fascist Axis powers. To honor the struggle, an Oregon businessman commissioned a mural of the flag-raising following the battle of Iwo Jima. Unfortunately, it seems nothing is sacred to the liberal left, as they’re now taking aim at the mural.

Jon Taylor, owner of Valley Roofing in Salem, Oregon, paid a local artist to paint the mural on his privately owned business. According to Taylor, the depiction of the patriotic scene is a tribute to the men and women who served or currently serve in the United States military.

Thanks to one anonymous complaint, however, Taylor’s tribute is in trouble. The far-left mayor of Salem, Chuck Bennett, is demanding the painting be removed. If the business owner doesn’t comply, he faces fines. His only other course of action is to donate the mural to a local art group, which is a problem considering it’s painted on the building itself.

A petition to save the artwork has already amassed over 8,000 signatures. It also raises red flags regarding government overreach and harassment of local business owners.

After the death of George Floyd, a wave of cancel culture began sweeping the nation. Statues and monuments were toppled. Many spoke out that the movement wouldn’t stop with Civil War monuments and busts of former slave owners. Judging by the events in Salem, it would seem their fears were justified.