(ModernSurvival.org) – The term “Conspiracy Theory” has had a negative connotation since the term was coined in a 1967 CIA dispatch in an effort to discredit anyone who challenged the Warren Commission. Since then, the word has been used as both an insult by skeptics and a badge of honor by conspiracy theorists.

But are there any conspiracy theories that have been proven to be true?

Big Brother IS Watching You…

The original article elaborated on a secret court order which forced Verizon to provide its telephone date to the NSA. Later articles revealed the NSA had tapped into servers for nine different internet companies ranging from Yahoo and Google to Facebook. Since the release of this information, Snowden has taken refuge in Russia as the United States has charged him with a number of crimes including espionage.

Beginning in 1932, the United States Public Health Service (PHS) conducted a series of experiments on hundreds of poor African American men inflicted with syphilis. Officially labeled the Tuskegee Study of Untreated Syphilis in the Negro Male, the study began prior to a remedy for the disease being discovered in 1947 but continued on until 1972. Despite the discovery that penicillin was an effective medication for the disease, the Public Health Service continued to experiment on the men with deceptive and often dangerous treatments.

The PHS intended to track the subjects until they all eventually succumbed to the disease, at which time autopsies could be performed. The story was leaked to the media, however, by Peter Buxton – which led to public outrage and the end of the experiment. Of the 600 men subjected to these unethical experiments, at least 28 had passed away from syphilis and 100 more had died from complications related to the disease by the time the studies were shut down.

Operation Northwoods is a declassified plan from 1962 in which the Joint Chiefs of Staff had proposed a variety of false flag attacks on American assets. These attacks were intended to build public support for a war against Fidel Castro.

The document outlines plans for the Central Intelligence Agency (CIA) to commit acts of terrorism in US cities, stage hijackings and riots, strike US vessels and installations, and utilize drone aircraft disguised as civilian airliners to attack foreign and domestic targets. The plan called for legitimate casualties among the American population to spark outrage in the population.

The top-secret operation was brought to public awareness as part of a release of government records regarding the JFK assassination by the John F. Kennedy Assassination Records Review Board on November 18, 1997.

Beginning in the 1950s, the CIA was involved in a covert propaganda operation designed to infiltrate the media to manipulate public opinion. In order to accomplish their goals, the CIA recruited journalists, including Pulitzer Prize winners, to help them spread their views throughout the country and the world. In addition to using this program to manipulate the American public, they also used reporters as a tool to gather intel. On top of this, the CIA funded magazines, student organizations, and cultural institutions to further push their agendas. The agencies that collaborated with the CIA include the likes of The New York Times, the Miami Herald, the Associated Press, and Reuters.

The CIA vehemently denied its influence over the mainstream media until Senate hearings brought the truth to light in the mid-70s. The CIA allegedly ended the program in 1976; however, many individuals have come forth since that time with information that casts doubt on this claim.

These cases are but a few examples of the multiple conspiracy theories that have been proven not to be theories at all. With the government recently opening up about our military’s engagements with UFOs, one can only wonder what other “theories” will be proven true in the future? 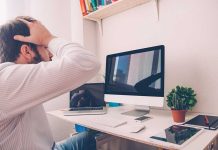 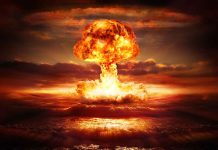 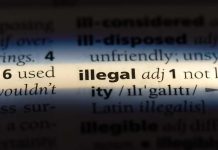