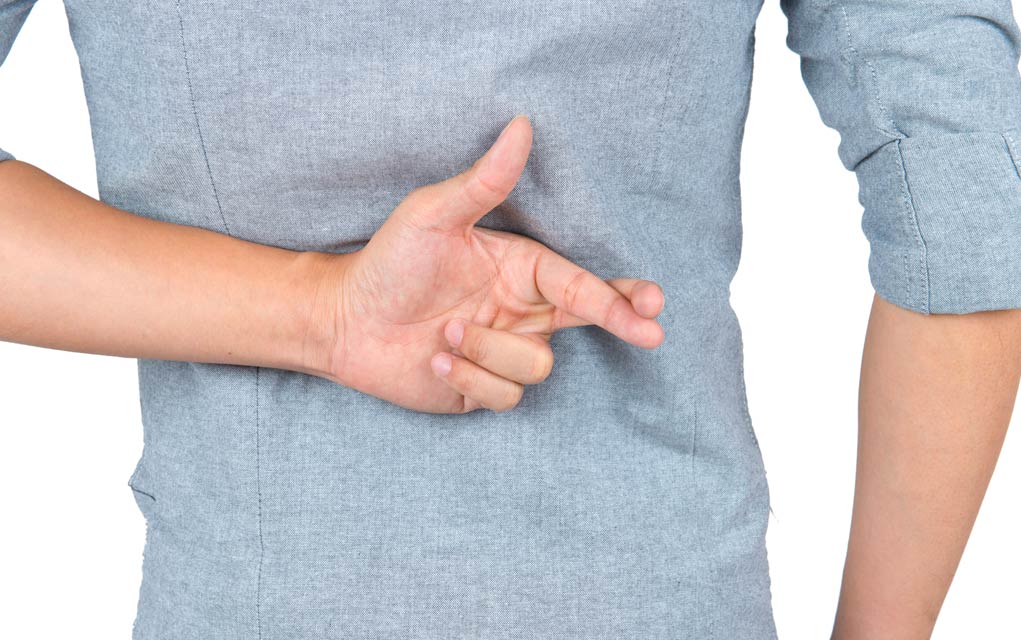 (Modern Survival.org) – What Will a Great Liar Avoid?

There are times when being able to tell whether a person is lying could be beneficial, or even life-saving. For instance, in a disaster situation, being able to tell if someone is honestly seeking help or trying to infiltrate your survival group could be a matter of life or death.

Fortunately, there are ways to spot a liar — but the methods aren’t always what people think. Let’s bust a few myths about common lying “tells” you may have heard about.

Windows to the Soul

Another common misconception about liars is they will move around a lot or fidget. Yes, sometimes this is a giveaway, but often a liar will stop their own movement so as not to give themselves away. Many people naturally fidget, making movements such as tapping their feet or playing with their hair. It isn’t so much that a person is sitting still or moving a lot that gives them away; it’s when their normal actions shift from movement to stillness or vice versa.

The most efficient way to determine if someone is lying to you is by establishing a baseline of their behavior. Once their common demeanor and movements are known, variations of this can be a good indicator that they’re lying.

For more tips on how to spot a liar, check out our article on FBI tips for detecting deception.