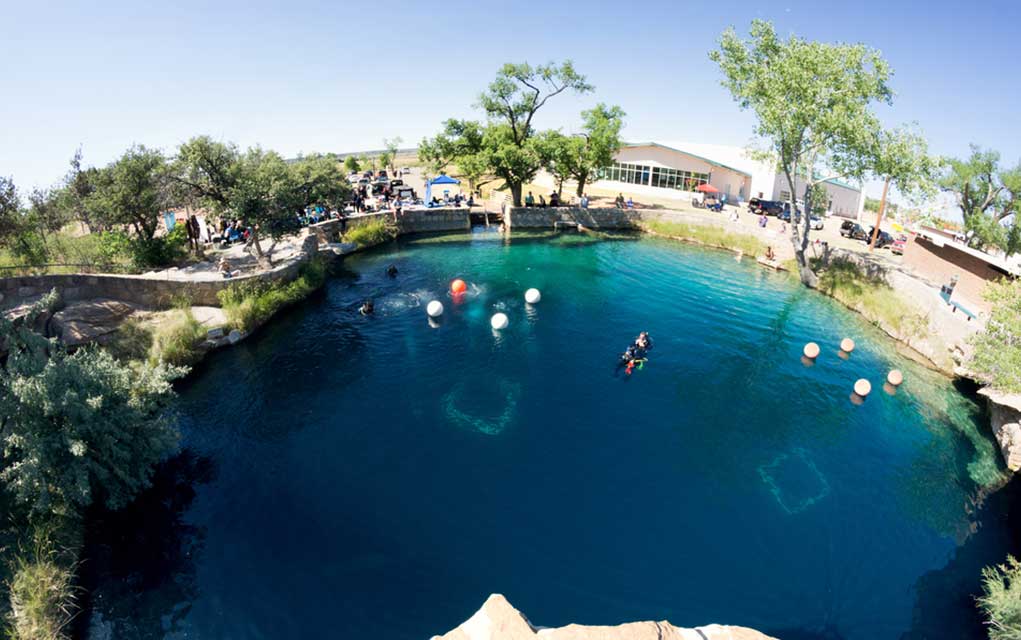 Think TWICE Before Visiting This Paradise…

(ModernSurvival.org) – Legends of sea monsters have permeated coastal cultures around the globe for centuries. From sea serpents and Krakens to mermaids and giant sharks, these stories have fascinated and terrified people who venture into the waves.

One story, in particular, captures the imagination like no other.

The crystal-clear waters of the blue holes in the Bahamas are a popular tourist attraction for visitors and divers alike. Local legends, however, tell that these wonders of nature are home to a human-hunting monster called the Lusca.

The blue holes of the Andros islands in the Bahamas are deep chasms found both inland and in the ocean. These unique ecosystems contain massive cave systems stretching out for miles. It’s speculated that these caverns interconnect the holes themselves. Due to the inherent dangers of diving in these locations, however, most of the underground networks remain unexplored.

The holes contain a layer of freshwater that seals off the underlying saltwater, creating an environment that fascinates scientists. Divers who venture into the depths of these wonders compare them to how scaling Mount Everest feels for a mountain climber. Diving here requires specialized training and equipment, and even then, the holes have proven deadly to many divers whose remains still rest there.

According to local legends, the Lusca is a half-shark, half-octopus creature that stalks the blue holes and surrounding ocean waters. The beast is said to reach lengths of more than 75 feet, and it is known to hunt humans. The legends have even spawned a series of movies entitled Sharktopus and have been featured in investigative documentary series like MonsterQuest and Expedition X.

The idea of a shark/octopus hybrid sounds ridiculous; however, the reports of attacks on fishermen, swimmers, and divers seem very real.

Local fishermen are terrified of the Lusca, claiming the monster can drag entire boats underwater. There are even claims of people being drug off the shore by tentacles, never to be seen again. Swimmers have also disappeared beneath the surface — even when accompanied by friends and family. Eyewitnesses claim that they never saw anything in the clear blue water: No sign of the predator, the victim, or blood in the water. Some divers have even reported being attacked by a giant octopus while exploring the blue holes.

The theory that the Lusca is a giant octopus would make sense, as these animals have the ability to camouflage themselves to match their environment perfectly; they’ve been filmed mimicking rocks, coconuts, and the ocean floor. Octopi are also extraordinarily intelligent and stealthy. In aquariums, they’ve been caught leaving their tanks to hunt prey in other tanks, then returning to their home without leaving a trace. Additionally, these creatures can contort their flexible, boneless bodies to fit through small spaces, making them fully capable of traversing the cave systems in the holes.

Further proof that abnormally giant octopi could live in the area washed ashore in 2011 on the island of Grand Bahama. The carcass was said to be part of the beak and head. It is estimated the octopus would have been roughly 30 feet in length.

Whether a monster lurks in the blue holes or not, the fact that these places are dangerous is not debatable, serving as a watery grave for many. As such, they should be treated with respect and caution.

~Here’s To Your Survival!