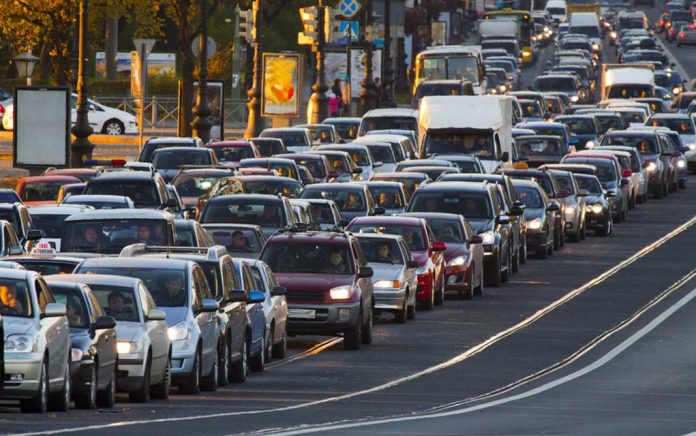 (Modern Survival.org) – If you are forced to bug out, which of these should be avoided while traveling?

ANSWER: Lines of Drift. Here’s why…

In the aftermath of a large-scale disaster or an “end of the world as we know it” event (TEOTWAWKI), chances will be good that people will be forced to migrate from their homes. This is why the idea of preparing to bug out has become so popular in the prepper community. If things get bad, preppers plan to grab their bug-out bags (BOB) and evacuate to a safer location. Unfortunately, should bugging out become necessary, it is going to be a difficult trip — especially when avoiding lines of drift.

What are Lines of Drift?

Lines of drift can be considered the path of least resistance, or the easiest path for travelers or animals while on the move. Natural lines of drift are rivers, streams, ridges, valleys, and even game trails. Artificial lines are roads, sidewalks, railroad tracks, bridges, and fence lines. These provide the least amount of obstacles and the easiest travel when going long distances.

Why Should Lines of Drift be Avoided?

In a situation where bugging out has become a necessity, it seems counterintuitive to avoid the easiest pathways out of dodge. For one, moving quickly to escape a dangerous situation may be required. Taking the path of greater resistance also increases the amount of energy that will be expended while on the go, and could even increase the risk of an injury. So why bother avoiding the easy road?

How to Avoid Lines of Drift

The easy answer is to avoid the beaten path. Avoid major highways and common roads as these will likely become traffic nightmares. Take backroads and the long way around if at all possible to avoid getting stuck with the rest of the fleeing hordes.

If forced to bug out on foot, the same rules apply. Avoid areas that other travelers are likely to use. The key is to evade detection so as not to become a target of those who aren’t prepared or are looking to take advantage of those who are.

Avoiding lines of drift can make bugging out a longer, and tougher, experience. Prepare ahead with extra supplies and pre-planned routes to ensure you reach your destination safely.

For tips on how to build the ultimate bug-out bag for situations like this, check out our article here.