What to do When Facing This ALPHA Predator!

(ModernSurvival.org) – The crocodile is one of the wild’s top predators, having evolved for millions of years to do one thing: survive. The idea of being attacked by one in the wild is the stuff of nightmares. So what can you do to take yourself off the menu if you ever are faced with the prospect of becoming a crocodile’s lunch?

In the following video, How to Survive explains what it takes to face this apex predator and live to tell about it.

(Warning, this video contains images some viewers may find disturbing):

According to History.com, a crocodile attack is 100 times more deadly than a shark attack for human beings. Unlike sharks, who take a bite and wait for their prey to bleed out, crocodiles drag their prey to the depths and drown them. This means that if you’re attacked, you don’t have much time to fight off the croc.

The best way to survive an encounter with a crocodile is to avoid the attack to begin with. If you see a crocodile in the wild, back up slowly, trying not to make big movements that will draw its attention. Turn and run in a straight line away from the reptile if it does begin to head your way. Despite their short legs, crocs can run at surprisingly high speeds (10 miles per hour).

Do your best to stay away from its jaws. A croc’s bite generates up to 3,700 pounds of pressure per square inch. As the video shows, they can crush a watermelon with what seems to be very little effort. You aren’t going to be able to pry its jaws apart if one is able to latch on.

If you’re unfortunate enough to be grabbed by a crocodile, the first thing you should do is attack its eyes. Gouge at these vulnerable orbs with your fingers. With a little luck, the croc will release its hold and swim away. The ears and nose of the animal are also good targets to strike as they are sensitive.

Finally, prepare to face the aptly named “death roll.” When a crocodile latches on to its prey, it rolls in an attempt to both drown it and tear it to pieces. When this happens, do your best to roll in the same direction as the crocodile to prevent it from tearing off a limb. The crocodile will expend a great deal of energy and will likely need to rest before rolling again. This is the prime time to fight back.

Hopefully, you will never need the tips provided here. But as always, being ready to face the unthinkable is better than being caught unprepared. For information on how to survive an attack from another, more common, predator, check out our article on how to defend yourself from a mountain lion.

How to Survive an Active Shooter Scenario 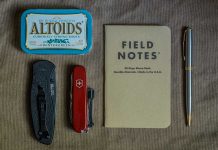 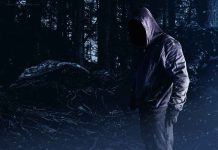 Protect Your Camp From Human Predators