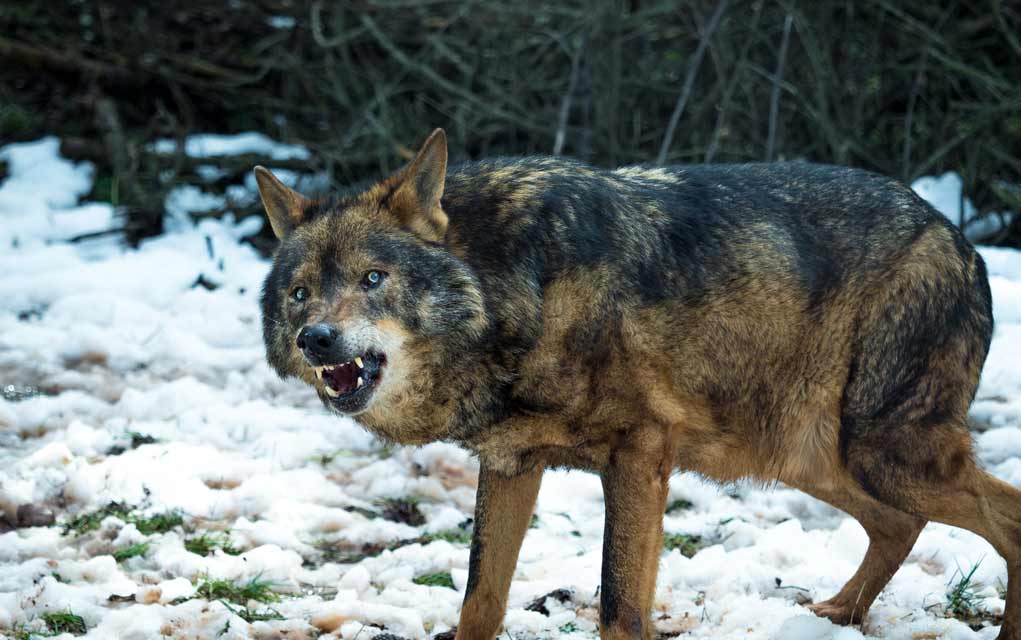 (ModernSurvival.org) – Nature can be a beast. One family found this out first hand, as a wolf entered their tent and launched an attack…

"I immediately regretted kicking it… I felt like I had kind of punched someone that was way out of my weight class." — Russ Fee, on stopping a wolf attack in Banff National Park. https://t.co/hUiCYmvlmg

When the wolf entered the tent, Matt Rispoli threw himself between the animal and his wife and sons.

Dragging Matt out of the tent by his arm, the wolf was only stopped when another camper kicked it — but the animal did not leave. In fact, Russ Fee, the man who kicked the wolf, stated that “I felt like I had kind of punched someone that was way out of my weight class.”

Only by screaming and throwing rocks was the family able to buy enough time to hide in Russ’s vehicle.

Parks Canada tracked down the animal and killed it, confirming through DNA testing that it was the wolf that attacked the family.

The outdoors is an amazing place to visit and camp, but we have to remember that it’s called “the wild” for a reason. Always be prepared to defend yourself – you never know what might decide to pay you a visit in the middle of the night.