Many law enforcement agencies have allowed researchers to study efforts made to improve the lawfulness and legitimacy of their policing activities. They do so because they want to raise the level of trust and confidence of the people they serve while controlling crime effectively.

The public’s perceptions about the lawfulness and legitimacy of law enforcement are an important criterion for judging policing in a democratic society. Lawfulness means that police comply with constitutional, statutory and professional norms while legitimacy is linked to the public’s belief about the police and its willingness to recognize police authority.

The ongoing conflict between police forces and U.S. citizens has been well-documented, especially in the last twelve months. Sometimes a simple concept can be a powerful reminder of how entrenched cultures of intolerance and mistrust can become whether the issues surrounding them are in the news or not.

Distrust of police has serious consequences. It undermines the legitimacy of law enforcement, and without legitimacy police lose their ability and authority to function effectively. Black men ranging in age from 5 to 50 were asked what came to mind when they first heard the word “police”. This is what they had to say.

Over 570 Killed by Police in 2016…
The Counted is a project by the Guardian working to count the number of people killed by police and other law enforcement agencies in the United States throughout 2016, to monitor their demographics and to tell the stories of how they died.

Over 60 Officers Killed In The Line Of Duty In 2016…
The Officer Down Memorial Page is a non-profit organization dedicated to honoring America’s fallen law enforcement heroes. More than 20,000 officers have made the ultimate sacrifice in the United States and it is with great honor that the ODMP pays a lasting tribute to each of these officers by preserving their memories within its pages. All who visit the ODMP will be deeply moved by the countless stories of selfless courage and heroism exhibited by officers who lost their lives while serving and protecting the citizens of this great nation.

One Officer’s Viewpoint And Opinion
This mindset of was illustrated by a recent controversial Washington Post piece by Los Angeles police veteran Sunil Dutta, who wrote that a civilian who challenges a police officer is asking to get hurt. While Dutta encouraged victims of police mistreatment to complain, the tone of his column was far too cavalier toward power-misusing officers.

A Citizen’s Viewpoint On His Traffic Stop Encounter With Police
Steven Hildreth, a Tucson author and Army veteran, related his tale in a social media post that has since accumulated over 261 thousand likes and over 160 thousand shares. In the post, Hildreth describes how he complied with officers’ orders after he was pulled over for having a broken headlight, and how he notified officers that he was armed.

What do you think of when you hear the word “police?” 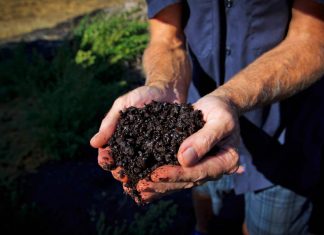 Which Ingredient Increases the Nitrogen Level in Your Compost?

Which Ingredient Will Increase the Nitrogen Level in Your Compost? Straw Paper Sawdust Pee Answer: Pee Neither straw, paper, nor sawdust increase the nitrogen levels in...

The Government’s Push for “Smart Guns”