The unemployment rate for all U.S. Veterans of working age dropped to 3.6 percent in November, the lowest it has been since the federal government began tracking it. While officials say more needs to be done to help younger Veterans, they are encouraged by a figure that compares to an overall jobless rate of 5.4 percent.

Walmart, the nation’s largest employer by far, with 2.2 million workers, has pledged to hire 250,000 Veterans by 2020. Through its foundation, the retailer has committed $20 million in grants to organizations that provide Veteran job training, education, and community-based collaboration. “Hiring a Veteran can be one of the best decisions a company can make,” said Kevin Gardner, a spokesman for Walmart, which two years ago mounted a high-profile campaign to hire Veterans.

The national Bureau of Labor Statistics began sorting the jobless stats for Veterans in November 2006. A bureau spokesman said the numbers are positive, but added that Veteran unemployment should be lower than overall unemployment. There are approximately 21 million veterans in the U.S., roughly half of whom are in the job market. The rest are either beyond working age or not currently seeking jobs.

Veterans are looking for gainful employment opportunities and can help grow your business. It’s not just the specialized skills that Veterans learned while working for the military that can make them different. The very nature of being in the military has given them attributes unlike those that people can gain through any other type of employment. The following skillsets are just some of what an employer has to gain by hiring a Veteran:

Veterans have some incredible traits at their disposal — something that can make them a valuable asset as a part of any workplace team. 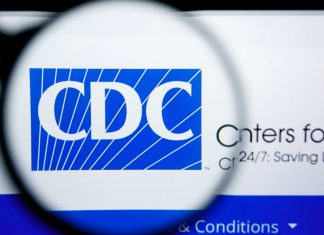 (Modern Survival.org) - COVID-19 has unfortunately become a household name. With the situation changing rapidly and often, the CDC has to update its information...