Which coupons are commonly not accepted at outlet stores?

Answer: All of the Above

Not taking any coupons but outlet coupons is one of the common issues with outlet stores, but far from the only issue. But we’ll show you where to get coupons that can be used at outlet stores, and give you the inside scoop on the things that set outlet stores apart from other stores.

Whether it’s name brand jeans or high priced shoes, visiting the local outlet mall is a place many people go to get products at major discounts. But… are you really getting the best deal?

Here’s what outlet stores don’t want you to know; many outlet stores advertise the latest styles and fashions, but the truth is, those deals aren’t always what they seem. People think they’re getting discounts on name brand items that were returned or didn’t sell quite the way the clothes manufacturer thought they would for the season.

Most of the stuff you’ll find in an outlet store was probably made by a third party vendor and not the brand itself. This usually means the clothing was hastily made, and designs are probably made with cheaper fabric, buttons, and less stitching.

It’s estimated that around 85% of the clothing in outlet stores is made specifically for those outlets. So that tag that says “originally $399” is very misleading.

No one is suggesting that you don’t shop at outlet stores. Look closely at the goods and the quality. If you’re satisfied with what you are getting for the price, then you got a good deal. Just know that you may not be getting the quality that’s advertised by the store.

There Are Different Types of “Outlet Stores”
Outlet stores come in the three major varieties. You can quickly determine the quality and value they provide by knowing what type of store you’re walking into. Here’s how it breaks down:

Actual Outlet Stores: True outlet locations provide the largest potential for savings. They carry products that were originally stocked in regular retail stores. Items may be damaged or have irregularities, or may be phased out seasonal products and are priced accordingly.

Factory Stores: These locations carry merchandise made specifically for them, not items that were originally stocked elsewhere. Buyer beware; stitching and quality of the material is second-rate and won’t last as long as you’d find in an original showroom. In other words, stuff is cheaper for a reason.

Retail Stores in Disguise: Many outlet locations are simply regular retail stores placed in outlet malls to take advantage of heavy foot traffic. Screaming deals are hard to find as the merchandise and pricing are typically identical to regular stores.

Find Different Outlet Stores On Facebook
Most outlet stores won’t accept regular issue in-store coupons. They typically have to be labeled as “outlet” coupons and are usually hard to find. You can search Google until you’re blue in the face and you may not find a single usable one. Instead, turn to Facebook. Search for the business page of the specific outlet location you’ll be visiting. For example, “Nike Outlet – Carlsbad Outlet Mall.” Their page will keep you in the know for outlet-specific coupons, many of which will only be valid at that specific location.

Know the Store Return Policy
Finally, be aware of the return policies at outlet stores. They can vary wildly. Some items are final sale and others require you to return items only to the outlet location. Outlet malls are often out in the middle of nowhere, so depending on how far you drove, returning items to the actual outlet could be a painful inconvenience. 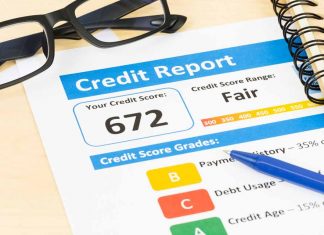 4 Ways You are Ruining Your Credit Score and How to...

Which of these factors can negatively affect a good credit score? • New card application • Making late payments • Closing credit cards • All of the above Answer:...

Why You Should Have Two Fires in a Survival Situation

What the ‘SOS’ Distress Signal Really Stands For