What is a telltale sign someone is lying to you?

A telltale sign someone is lying to you is using by noticing micro expressions like flaring nostrils. Here’s why…

Spotting a liar in your midst isn’t always easy, unless you know the telltale signs. Lying requires extra thinking and even the best liars are more apt to display conflicting emotions when they’re being untruthful.

Facial expressions and body language is more important when identifying lies than the words that are spoken.

“If you notice serious pattern changes, more than likely, something in their story is amiss.”
~ Jack Manza

Micro expressions are neurologically designed, subconscious facial movements that tell you something is off. Examples of micro expressions during lying are flared nostrils, rapid breathing or blinking, nibbling on the lip, and changes in the tone of their voice.

These are all signs that the brain is going into overdrive trying to keep up with the lie that is being told.

Fidgeting or Minimal Movement
Fidgeting while lying is a true telltale sign, so the best liars will actually work at keeping their bodies completely still to avoid that sort of nervous reaction, like putting their hands behind their backs.

If you’re seeking out a specific lie, a great way to begin the conversation is with neutral, simple questions about the weather, upcoming plans or anything that they would respond comfortably and honestly to.

Watch for patterns in their body language when they are telling the truth before delving into the subject matter at hand. At that point, you should easily be able to see a shift as they answer more serious questions.

While these are some signs to look for when someone is lying to you, there’s no completely fool-proof indicator. The best bet is to use your judgment and logical reasoning along with actively looking for the signs that someone isn’t being honest. 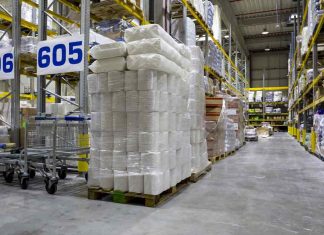 Important Driving Tips to Keep You Safe This Winter

Survival Trivia – Is This Photo Real?