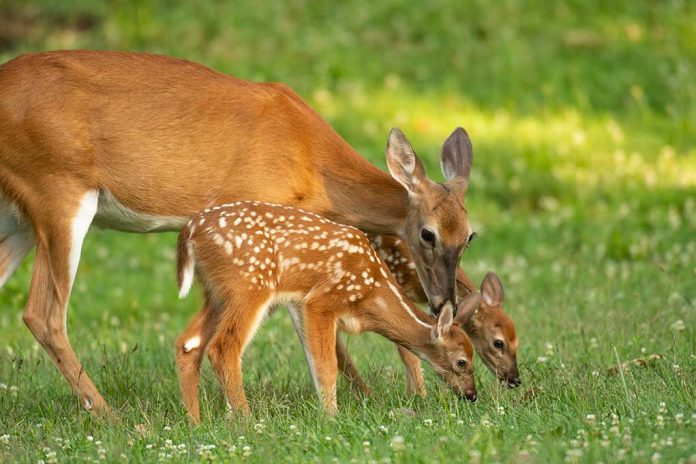 (ModernSurvival.org) – The United States is home to roughly 30 million whitetail deer, which reside in every state other than Alaska. Normally, these deer are a popular subject in survival circles during hunting season. However, they are making news now for an entirely different reason.

Previously, scientists established that deer could be infected with COVID-19 in a lab, and could even transmit the virus to other deer. Now, a study by the US Department of Agriculture (USDA) has found the virus in wild deer populations.

A third of white-tailed deer tested in four states during a federal study had been exposed to the coronavirus. The percentage was highest in Michigan, where 60% of the animals tested positive for antibodies. https://t.co/rVffbvGzqh

Blood samples were collected from whitetail deer across four states (Illinois, Pennsylvania, Michigan and New York) and analyzed by the USDA. Of those tested, roughly 40 percent showed the presence of SARS-CoV-2 antibodies. While the deer did not show symptoms of COVID-19, the fact they carry the antibodies is worrisome.

Thankfully for hunters, the USDA claims there isn’t any evidence to suggest that eating contaminated food, including potentially infected deer, will lead to infection in humans. They also state there is little risk of infected deer spreading the disease to people by any other means. There is concern among some groups of scientists over the potential for other variants of the disease to evolve among animal populations, which may then spread to humans.

For now, the real mystery is how the deer became infected in the wild. Were they exposed to humans who had the virus, or did it originate from wastewater the animals drank that contained the virus?