On Tuesday, Turkey shot down a Russian warplane near the Turkish-Syrian border. The Turkish government is strongly opposed to the Syrian regime of Bashar al-Assad. Russia, however, has backed Assad, and has had warplanes active over Syria.

Turkey stated it warned the Russian warplane at least 10 times before shooting it down for repeatedly violating Turkey’s airspace. One of the two pilots was killed during the attack and no reports on the other pilot has been given. One Russian marine has been killed during a rescue mission to help the downed pilots.

A Russian warplane goes down in Syria’s Bayirbucak region, near the Turkish border, on November 24, 2015.

Turkey is claiming that Russian warplanes had no business flying along that border area. They stated that there are no ISIS presence in that border region but there are Turkmen people living there. Turkmen are a Turkic-speaking, traditionally nomadic people who live primarily in Central Asia, but a small minority of them can be found in the Middle East, primarily in northern Iraq, Iran and Turkey.

Russian President Vladimir Putin said the downing of the Russian plane would have “serious consequences for Russia’s relationship with Turkey. “The shooting down of the plane, Putin said, “represents a stab in the back by the terrorists’ accomplices. I can’t describe what has happened today in any other way. Our plane was downed over Syrian territory by an air-to-air missile from a Turkish F-16 jet.” The downing of the Russian plane could hamper efforts to form a united front against ISIS.

A Turkish F-16 fighter jet shot down the Russian Su-24 plane with a missile, and the two Russian pilots managed to eject. Two Russian Mi-8 helicopters performed a search-and-rescue operation, but one of them was damaged by small arms fire and made an emergency landing killing one Russian marine. The helicopter was destroyed by mortar fire conducted from the territory controlled by illegal armed groups operating in the area. Russia has stated that all future airstrikes will be conducted and carried accompanied by Russian fighter jets. Russia will also send its cruiser Moskva to the shore zone of Syrian port of Latakia and has warned that all dangerous targets will be destroyed. 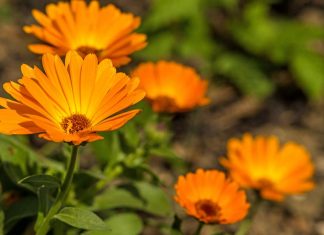 The Medicinal Benefits of Using Marigold