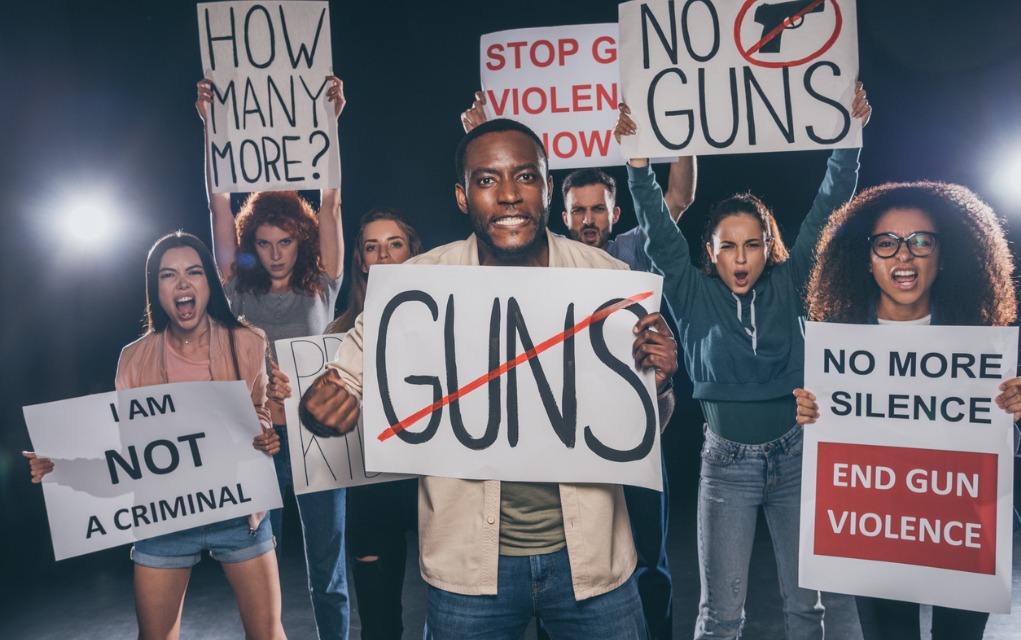 Yesterday, we told you about the Supreme Court Case involving New York City gun laws. Today, we reflect on how citizens handled this case, which is to say… poorly.

Note to Everytown: You should provide your protestors with the most basic information about what they’re protesting. This was rather embarrassing today.

Your supporters labeled us a "criminal organization," called for the repeal of the 2nd Amendment, and wanted to ban firearms. pic.twitter.com/ecxTd4rpql

The NRA sent their social media team out to see what protestors had to say. As our fellow citizens railed against the NRA, calling it a “criminal organization,” they gave the impression that they were very passionate about their take on gun laws, whether they were right or not. As it turns out, all the passion in the world couldn’t make up for a complete lack of knowledge.

As the team went from citizen to citizen, they were hard pressed to find one who actually knew anything about the case. “I can’t talk; I’m working,” “I know it has to do with gun laws,” and “I don’t remember” were some of the responses the social media team got from protestors.

This is a problem. At ModernSurvival.org, we’re all about free speech and lawful protest, but when citizens actively protest without being aware of the issue at hand, they could do more harm than good.

This is about survival, too. It is entirely possible that the powers that be are swayed in one way or another with protests. After all, that’s the point. That’s why we encourage you to use your voice to educate those you know, and to follow strict legal, ethical and safety regulations when it comes to your guns. If nothing else, lead by example and make that example an excellent one!