The nightmare at a Colorado Springs Planned Parenthood clinic is over. Now comes the time to sort through the sad, sordid, alarming aftermath. Three people were shot dead Friday, including university police Officer Garrett Swasey, whose body was escorted out early Saturday morning by his fellow officers. Five officers and four civilians are hospitalized and said to be in good condition.

Planned Parenthood, which delivers reproductive health care and sex education to women and men across the United States, has come under attack before. But the group said Friday night that it didn’t know anything about this facility being “targeted deliberately.”

At least three Planned Parenthood buildings have been vandalized since September, when the organization was criticized in Washington and by some Republican presidential candidates after an anti-abortion group released videos alleging that it sold fetal organs and parts for profit. Planned Parenthood has disputed the veracity of the videos, contending that they are heavily edited and provide a distorted account. Click the link for more on Planned Parenthood.

The man responsible is 57-year-old Robert Lewis Dear. Authorities have not yet figured out why the clinic was targeted or the motive behind the attack that left a community heartbroken and filled with questions. Dear is being held without bail Saturday in a Colorado Springs jail, according to the El Paso County Sheriff’s Office website. He is scheduled to appear in court on Monday. Speculation immediately swirled that Planned Parenthood was targeted because one of the services it provides is abortion.

In a statement Saturday, President Barack Obama didn’t mention the controversies surrounding Planned Parenthood. But he did offer praise to Swasey, condolences to the families of the two other victims and condemnation of the attack as another example of gun violence.

“The last thing Americans should have to do, over the holidays or any day, is comfort the families of people killed by gun violence — people who woke up in the morning and bid their loved ones goodbye with no idea it would for the last time,” Obama said. “And yet, two days after Thanksgiving, that’s what we are forced to do again.”

As he has time and again after mass shootings, the President called on policymakers to do something to prevent them. “This is not normal. We can’t let it become normal,” he said. “If we truly care about this — if we’re going to offer up our thoughts and prayers again, for God knows how many times, with a truly clean conscience — then we have to do something about the easy accessibility of weapons of war on our streets to people who have no business yielding them. 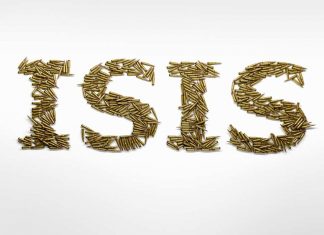 Should the U.S. Formally Declare War on ISIS?

How to Make Petroleum Jelly