What food was once considered a superfood and is now a party drug?

This food was once considered a “superfood” all around the world. The raw powder can be found at any health shop and even some specialized grocery stores. It’s perfectly legal and it’s sweet. As of late, it’s taken the place of alcohol and some illicit substances like Molly and ecstasy in many parts of Western Europe. It’s only a matter of time before we see this craze hit America. You may know it as cacao.

People who use it say it can transform you into a “can’t stop, tweaked out” Energizer bunny. Apparently the cacao can be snorted, drunk or ingested, causing a surge of endorphins into your bloodstream, which in turn gives you that euphoric feeling. Your muscles feel relaxed, losing all tense notions due to the massive release of magnesium.
Raw cacao has a lot of flavanols that increase blood circulation and stimulate brain power, according to a recent study from the American Journal of Clinical Nutrition.

Why Snorting Cacao Could Be The Next Big Party Drug https://t.co/nZ9ljChcVk via @MaximMag

The effects of cacao are subtle and in no way the same as having an acid trip. In truth, pure cacao is not actually a drug although it does have mood-enhancing compounds. Nonetheless, it’s good to know just in case you suddenly see bags of cacao in your home. Someone might be doing a bit more than just making some chocolate milk. 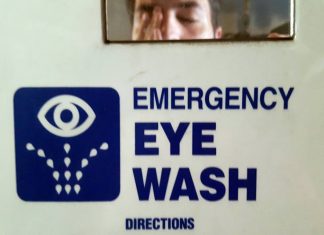 What You Should Do When Dangerous Chemicals Splash in Your Eye

If you accidentally get a liquid, powder, or aerosol chemical in your eye, how long should you rinse? • 8 minutes • Do not rinse •...

How to Survive Getting Caught in a Rip Current