It’s the Ideal Conceal, a .380-caliber pistol that folds up into a box shape. The creator designed the firearm to look like a phone so people could carry it around in public without attracting attention.

The company’s website explains the logic behind the $395 gun:

“Smartphones are EVERYWHERE, so your new pistol will easily blend in with today’s environment. In its locked position it will be virtually undetectable because it hides in plain sight.”

Kirk Kjellberg, CEO of Minnesota-based company Ideal Conceal, told a local news outlet that he came up with the concept for the pistol after a boy in a restaurant noticed he was carrying a concealed gun. Kjellberg has a concealed carry permit and a firearm license, he told The Huffington Post, but he added that it’s still “pretty embarrassing when people stare at you.”

“A little child, a boy about 7, saw me, and said, ‘Mommy, Mommy, that guy’s got a gun!’ And the whole restaurant of course turns and stares at you. And I thought, there’s just got be something better,” said Kjellberg in an interview. 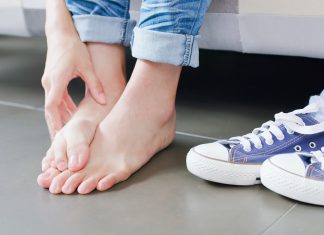 Use This Home Remedy to Cure Athlete’s Foot

How to Create The Ultimate Dog Out Bag