A top Navy supply officer has been fired for an according to published reports. Rear Admiral David Baucom had been removed from his job as director of Strategy, Policy, Capabilities, and Logistics at U.S. Transportation Command this past October. Baucom’s firing stemmed from an incident involving public drunkenness and nudity at a conference with defense contractors earlier this year in Ponte Vero Beach, Fla.

A Navy investigation found that Baucom, 56, became so intoxicated during an April 7 dinner with approximately 70 other conference attendees that he could not stand up and had to be brought back to his room by a hotel employee. Later that evening, the admiral was discovered wandering naked through the hotel asking for a towel to cover himself up. 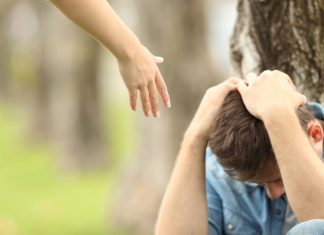 In a survival situation, if someone is panicking, what do you do? • Nurture them • Abandon them • Assign a task • Provide counseling Answer: Assign a Task Survival...