British police say they are investigating an unprovoked knife attack in an east London Tube station Saturday, which left a man with serious injuries, as a terrorist incident.

Police responded to calls reported about a man who stabbed people and was threatening others. When police arrived, the man began threatening them as attempts to reason with him failed. The assailant, 29, was subdued with a stun gun and arrested on suspicion of attempted murder at 7:14 p.m. Saturday in the suburb of Leytonstone, London’s Metropolitan. The suspect yelled, “This is for Syria,” during the attack so police are treating it as a terrorist act as a result of information received during the attack.

The Victims
One man, 56, suffered serious knife injuries in the attack and was taken to an east London hospital, where he remains in a stable condition with non-life-threatening injuries. A second man received a minor injury that did not require medical treatment and woman was also threatened by the suspect, police said. Authorities initially said one person was seriously injured and two others slightly injured.

UK Faces Terror Threats
The United Kingdom is facing many threats from ISIS — especially since British fighter planes began flying sorties last week against ISIS targets in Syria. The strikes were launched after British lawmakers voted to extend their existing military efforts against the Islamist terror group in Iraq into Syria in the wake of the Paris attacks.

Seven ISIS plots against the country that had been foiled in the past year. The threat to the UK from terrorism has been rated as “severe” since August 2014; since the threat level was made public, in 2006, it has been raised to critical on two occasions. 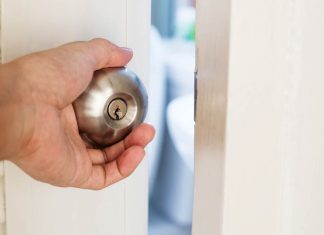 How to Tell if Someone Opened Your Door

Which of These Items Can Help You Tell if Someone Opened Your Door? Key Hair Door Knob Penny Answer: Hair or Penny If you answered “hair”...

How to Survive a Car Crash