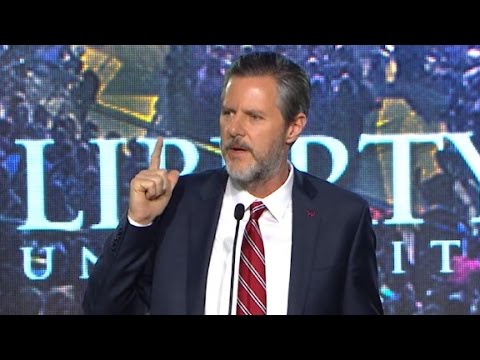 Liberty University President Jerry Falwell Jr. urges his school’s students to be armed, especially in light of terrorist attacks like in San Bernardino, California. The comments caused a welcoming applause from thousands of students gathered Friday night for Liberty’s weekly convocation. Falwell also made it very clear that he thinks doing more to limit guns is a bad idea given what happened in San Bernardino. “It just blows my mind when I see the President of the United States say that the answer to circumstances like this is more gun control,” he said.

A smiling Falwell made a point that he had a gun “in my back pocket right now,” a remark which drew roars from students. If people at San Bernardino’s Inland Regional Center were similarly armed, would it have made a difference? Falwell suggested they would.

That’s why he encouraged those in the crowd “to get your permit,” noting that Liberty — which has more than 14,500 students on its Lynchburg, Virginia, campus, plus over 95,000 enrolled online — offers a free gun training course. Falwell also made it clear that this doesn’t mean that every Liberty student will be carrying weapons at all times, though. A person has to be 21 years or older to get a concealed carry permit in Virginia and pointed out that even those with permits can’t bring guns into dorms.

His comments were not well received by Ibrahim Hooper, the National Communications Director and spokesperson for the Council on American-Islamic Relations. He said Falwell’s remarks “amped up” inflammatory rhetoric toward Muslims. “It’s part of an overall toxic anti-Muslim atmosphere that we’re seeing, particularly in the past few weeks with Paris and San Bernardino,” Hooper said. “Anti-Muslim bigotry was still on the fringes after 9/11. But it’s moving toward the mainstream thanks to Donald Trump, Ted Cruz and these type of comments.”

While the country remains divided on the issue of gun control and the 2nd Amendment, how many more terrorist attacks must it take for the American people to unify and come up with a solution? One thing is certain, the War on Terrorism is very much alive. 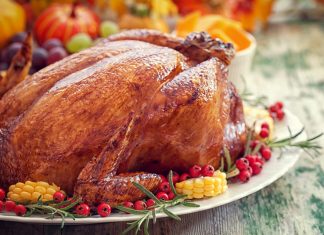 What Can You Use to Make a Wild Turkey Lose the “Gamey” Taste? Salt Jack Daniels Butter Sage Answer: Salt Even salt on its own won’t...