The shooting in Las Vegas last night is the deadliest mass shooting in modern American times. Our hearts go out to the victims and their families.

While the news (hopefully not fake news) is reporting what they have learned, many others are pointing out a number of things that don’t seem to add up. Here’s the list of concerns about what is being reported:

Reports of a Warning Beforehand

The Route 91 Harvest Festival had a lengthy program full of popular singers. Jason Aldean happened to be the last one scheduled, on the last day of the festival, starting promptly at 9:40. But, the sequence of events began before that according to witnesses. Vibe.com reports that one woman, described as “Hispanic,” began harassing another woman in line for the concert. The woman announced that, “everyone is going to die.” The unidentified woman was allegedly escorted out by police, 45 minutes before the shooting began.

Most Americans know you can’t say certain trigger words that could risk a mass exodus in a public venue without being escorted out by authorities and even prosecuted. Someone actually claims that everyone there is going to die tonight, and no one did anything with that information? That’s pretty hard to believe in today’s world. But…

Reports of a Single Shooter

At 10:08, well into Aldean’s performance, the shooting began with sounds of rapid gunfire — the kind of sounds that only come from an automatic weapon. While we don’t know for sure, multiple videos recorded what sounded like TWO distinct automatic rifles in TWO different calibers were firing at the same time. Add to that, the hotel room had TWO different windows broken out, allegedly with TWO different weapons, each set-up on a tripod at each window.

The average American can’t afford the process of buying an automatic weapon, but Paddock was a multi-millionaire, according to his brother. If you don’t know the difference, an automatic weapon will continue to fire as long as you hold the trigger. A semi-automatic, which many Americans own, can fire in rapid succession, but requires a pull of the trigger for each cartridge released.

In the graphic video below, one witness is unaware of the shooter and believes the sound is fireworks, while thousands of others try to flee the scene. Note the stage lights pointed at the audience, rather than the singer.

According to many witnesses, the concert-goers were allegedly unable to flee the scene because most of the exits were blocked. This defies logic. You can’t go to a elementary school play without someone making sure the exits are clear in case of a fire or other emergency. An outdoor venue with thousands of people? Does Vegas have the absolute worst code enforcement in the country, or was something else more sinister going on here?

Gunman is Found Dead With 20 Guns

At 10:13, the alleged shooter, 64 year old Stephen Paddock, an accountant from Mesquite, Nevada, is found dead by SWAT, in his hotel room. There is said to be a bag of at least 20 “rifles” in the hotel room with him. A shooter might bring 2, maybe 3 guns and multiple loaded magazines to an extended battle, but 20? That doesn’t add up. Hopefully it will make more sense as additional facts are revealed by authorities.

Multiple Videos in the Direction of the Alleged Shooter, But no Flash?

Even with flash suppressors, guns being fired still leave quite a visible flash. With all that mirrored glass, it seems odd that none of the videos captured any muzzle flashes after several minutes of machine gun fire from the alleged location.

A Wealthy Gunman With No Criminal or Military History?

Stephen Paddock was a wealthy 64 year old accountant with no military background, living in a retirement community. His criminal history so far has been revealed as precisely one “citation”. Not exactly the face of a natural born killer, though he has been labeled as a “lone wolf.” Do you find it hard to believe a 64 year old man, who reportedly held millions of dollars in real estate, carried a bag of more than 20 rifles (according to the New York Times) to his hotel room and then ran between two windows for five minutes, alternating between the two rifles set up on tripods?

Were there multiple gunmen? Some are already speculating that this was some kind of a setup. As of right now, there is too much evidence and information missing to know anything for certain. And the alleged shooter was a wealthy poker-loving accountant of retirement age, living in a retirement community. We are supposed to believe he owned numerous automatic rifles and with no known motive decided to unleash hell on 20,000 concert-goers before killing himself?

Who Benefits From a Mass Shooting?

The anti-gun crowd is going nuts, ready to strip every American of their Second Amendment rights. On the other hand, if this were a Hollywood movie, the plot might include an elaborate conspiracy set-up just to sell a few billion dollars in new X-Ray scanners to every major hotel and venue in America. At the moment, this appears to be one of those horrible situations where truth might be stranger than fiction. 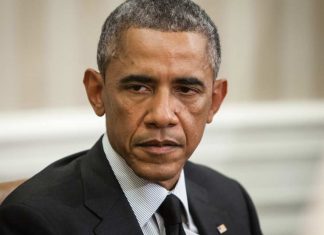 (Modern Survival.org) - Over the years, Twitter has taken over the social media landscape. It’s given people the ability to voice their opinion on...