The keffiyeh has always been a symbol of resistance; it was a national for solidarity often worn by Palestinian leader Yasser Arafat, it has been worn in the military and as a fashion statement.

The K29 Keffiyeh 001 was created by Beirut designer Salim Kadi. It is a 120 by 120 cm headscarf embroidered with Kevlar, a strong plastic which is typically used for bulletproof vests, boats and airplanes. Kadi stated in an interview with Motherboard that the keffiyeh was worn to protect one from the environment, but violence has become a new environment.

Stopping a bullet to the head would require at least nine layers of Kevlar, which is possible in the way one wraps the keffiyeh around the head.

“The Kevlar is quite stiff in comparison to cotton, but the more it is worn, the suppler it becomes. Wearing it feels like wearing a motorcycle helmet, without the extra weight.”
~Salim Kadi, Designer

To learn more about Salim Kadi and why he created the K29 Keffiyeh 001, click here. 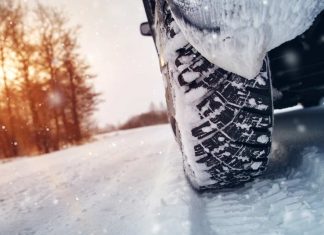 Cold Weather Car Features You Might Not Know About

With winter right on top of us, those who live in cold weather climates are thinking about car care. When temperatures plummet and fluctuate,...

How to Tell When Someone is Choking