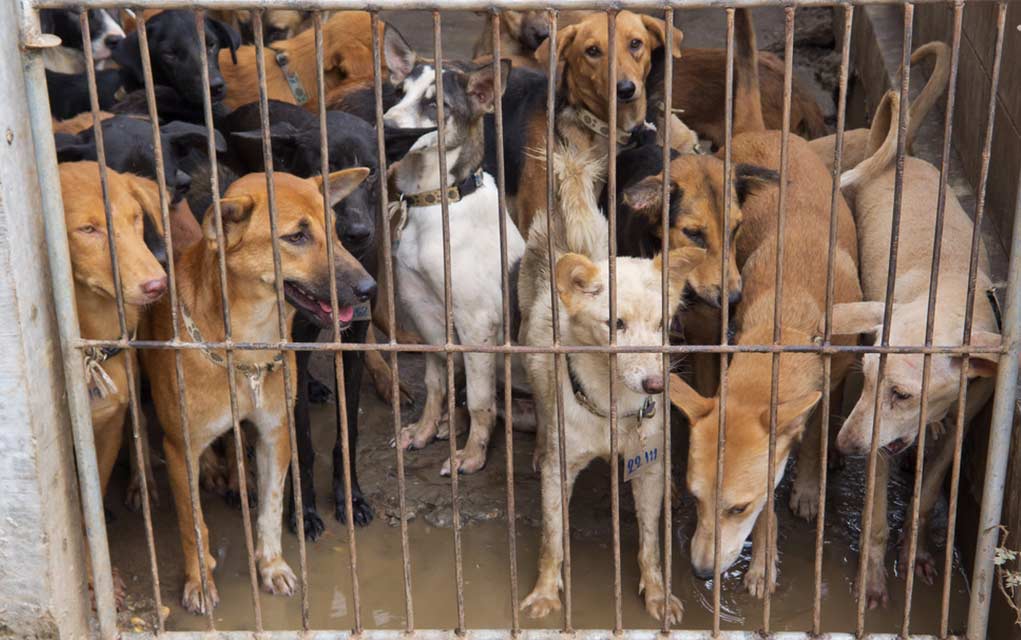 (Modern Survival.org) – For years the North Korean leader Kim Jong-un has been ruthless, allowing his people to suffer while he and many other high-ranking officials live a life of luxury. He’s so focused on nuclear weapons that he doesn’t see his people starving, or maybe he just doesn’t care. Whatever the case is, what he’s doing to his people now is horrendous.

It is said they are being confiscated for food. Knowing their history, that’s not hard to believe. https://t.co/RxTHqeFuQF

A ban on pet ownership was issued by Kim Jong-un in July. Now, he’s forcing people in the country’s capital, Pyongyang, to give up their dogs. The dogs are to be given to the government so that they may be sold to restaurants to be used as food for humans while the country experiences a food shortage.

Chosun Ilbo, a South Korean newspaper, was told by a North Korean source that authorities are forcing people to give up their dogs, or they’re forcibly confiscating them and putting them down. The source further added that the dogs were being taken to zoos or sold to restaurants, where they are then cooked and eaten. It was also stated that ordinary people in North Korea keep pigs and livestock on their porches as pets, but high-ranking officials have dogs, which has led to some animosity.

Food insecurity in North Korea has worsened during the coronavirus pandemic, according to the UN. North Korea has closed its border to help combat the virus, and has stated it will extend the order to keep its borders closed through 2021. The borders being closed has also contributed to the food shortage in North Korea, with sanctions by other world powers in an attempt to denuclearize the nation. Even before the pandemic, 40% of North Korea was considered as “food insecure” with much of the population suffering malnutrition.