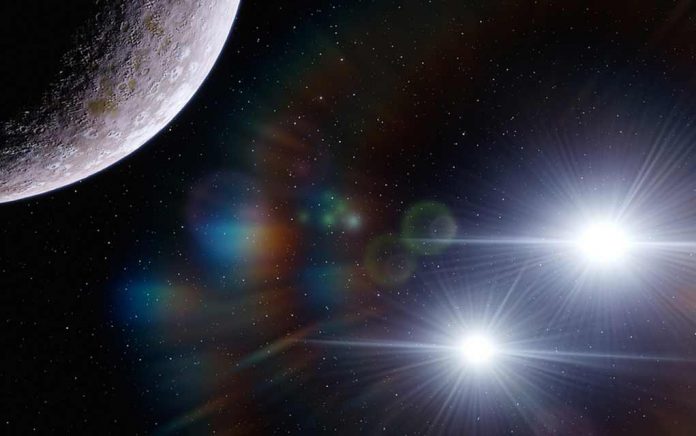 (Modern Survival.org) – The year 2020 has been a rough year worldwide, from the coronavirus pandemic and resulting economic fallout to civil unrest which spread like wildfire through many countries. This year has been so bad for many that a half-hearted game of post-apocalyptic bingo has even sprung up, with topics ranging from zombie infestations to alien invasions. According to a former Israeli space security expert, there may be a reason for someone to yell BINGO soon: alleged disclosure of the existence of extraterrestrials.

Are aliens real, and have they made contact? Haim Eshed, Israel's former space #security chief, says yes, but they don't think humanity is ready to know about them or their secret Mars base.

Haim Eshed, a former Israeli general and current professor, has broken his silence on the existence of extraterrestrials. According to Eshed, not only are aliens real — they are already here.

During an interview with Yediot Aharonot, Haim claimed that both the United States and Israel are aware of the presence of extraterrestrials. He stated both countries are working with them in a “Galactic Federation.”

This revelation may seem outlandish at first glance. However, Eshed is a highly respected and credible source, having served nearly 30 years as the head of Israel’s space security division.

Haim claims that President Donald Trump was made aware of these visitors, and intended to reveal their presence but was asked not to by the aliens themselves. According to Haim, the prevailing thought is that humanity isn’t ready to accept the idea that we are not alone in the universe, much less here at home. If Haim’s words are true, it could be speculated that this information may be the deciding factor that pushed President Trump to form the Space Force.

For survivalists, the possibility that we are not alone in the universe creates just one more reason to prepare. If extraterrestrials do exist — even if they are friendly — the revelation could drive the human population into hysteria.

For more information that may add credibility to Haim’s allegations, check out our article on the UFO technology the US Navy has patents for here.