As of 5 a.m. EDT, the National Hurricane Center said the Category 2 storm was located about 20 miles southeast of Hilton Head Island. It had maximum sustained winds of 105 miles per hour (mph) and was moving north-northeast at 12 mph. At least one wind gust of 61 mph was recorded at Beaufort, S.C.

More than 150,000 electric customers in South Carolina — most in Beaufort and the Charleston area — were without power Saturday morning.

Hurricane Matthew lashed the Florida coastline Friday morning leaving more than 400,000 homes and businesses without power, as the Category 3 storm threatened to unleash winds of 120 mph and punishing storm surge.

Forecasters said it could dump up to 15 inches of rain in some spots and trigger a storm surge of 9 feet or more. The storm initially threatened Florida as a Category 4 storm, but the National Hurricane Center said Friday it had weakened to a Category 3.

President Barack Obama declared a state of emergency for Florida, Georgia and South Carolina, freeing up federal money and personnel to protect lives and property.

HURRICANE MATTHEW OCTOBER 5TH INFORMATION
Bottled water and other preparedness items flew off supermarket shelves along Florida’s Atlantic Coast as people get ready for a possible direct hit by hurricane Mathew. South Carolina prepared to evacuate more than 1 million people as the nation braced itself for the most powerful storm to smash through the region in almost a decade.

The powerful category 4 storm was carrying maximum sustained winds of 130 mph and moving north at 8 mph, the National Hurricane Center said. At 11 p.m. ET, it was about 55 miles east by northeast of Guantanamo, the center reported. 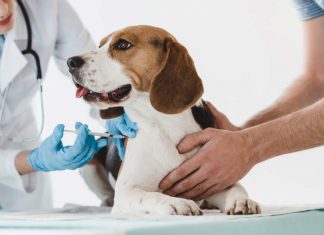 How to Permanently Locate Your Pet

How to Prevent Lyme Disease

What’s the First Thing You Should Do if Bitten by a...