No one doubts that these are unusual times. A year ago, no one would have bet that, out of 17 presidential candidates, Donald Trump would come out as the Republican presidential nominee. He’s managed to defy all political logic and has turned the electoral process into what it was always supposed to be… the people’s vote.

It’s true that Donald Trump has had many notable people opposing him, especially individuals within the Republican Party. Despite Trump’s “shoot from the hip” rhetoric, he has gained millions of supporters that appear to remain loyal to his campaign no matter what he says.

Trump is calling for some of the most drastic changes in American history and many people seem to agree with those changes. Many Americans feel the country is being held hostage by political correctness, and a tyrannic-like federal government with corruption running rampant in both political parties, and a spending problem with a deficit like no other.

This is no doubt one of the most interesting elections to date, and Trump is promising all sorts of changes if he gets the hot seat in Washington, D.C. Here’s a list of the things that are are likely to happen if Trump is elected president:

The Economy
Donald Trump is known for making money. He’s a businessman first and foremost. His economic plan is being touted as quite effective if implemented. Some of the finer points of his plan to improve the economy include a reduced-rate tax plan that will lessen the tax burden on everyday citizens and encourage major corporations to bring more overseas jobs back to the US.

Trump wants to create more opportunities for Americans by limiting outsourcing to other countries. He has a very good understanding of business that can help with job creation. If there’s one thing Donald Trump has going for him, it’s his plan for the economy. He’s a businessman, after all, and he’s not bad at what he does.

When people refer to Trump’s four bankruptcies, he confidently comes back with the fact that he’s had far more successes than failures. He claims to have learned from his mistakes which gives him an edge over most career politicians who have never run a business or had to stick to a real budget. He always points to the fact that he came out great from those situations which makes him more qualified to run the country.

Get Rid of Obamacare
He’s stated many times that he would repeal Obamacare in a heartbeat. He says Obamacare (Affordable Care Act) could be that one thing that takes down our nation. He will most likely propose a healthcare plan that will give the choice back to the buyer while still making health insurances and care more affordable. He’ll do so by targeting the health company monopolies rather than the individual. He’s saying that Obamacare is costing the government trillions, and raising taxes on the middle class. It’s also taking away certain inalienable rights outlined in the Constitution, since it forces people to either pay a tax or purchase healthcare.

He’s Likely to Offend Some Really Important People
Donald Trump doesn’t really have a filter when it comes to speaking his mind. Let’s be real… Anyone willing to publicly argue with the Pope, isn’t really concerned with what people think of him. Many fear what could potentially happen when there’s a disagreement with, let’s say Vladimir Putin. Could his actions and unchecked words actually send us to war? Many of his supporters rather enjoy the Trump’s tough talk and have no problem with his “say it like it is” rhetoric.

Change American Security (Borders, Terrorism)
He wants to make sure the American people are safe from future terrorist attacks and drug cartels plaguing the border. The latest news say Trump called for a total and complete shutdown of Muslims entering the United States until the country’s representatives can figure out what is going on.

Trump has called for surveillance in mosques and said he was open to establishing a database for all Muslims living in the U.S. His message comes in the wake of a deadly mass shooting in San Bernardino, California, by suspected ISIS sympathizers and the day after President Barack Obama asked the country not to “turn against one another” out of fear.

And of course… build a wall that Mexico will pay for.

These are some of the more major changes that are expected in a Donald J. Trump Presidency. There could be some benefits but we have to ask at what price? Obviously there’s no way of really knowing, but if we take a close look at what’s transpired in the primary elections, it’s fair to say that the general elections are probably going to rival that of reality tv show “Keeping Up With the Kardashians”. Trust me, that’s not a good thing. 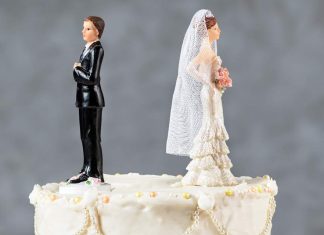 Best Way to Get Through a Divorce

What Method is Best for Healing After a Divorce? Cut Ties Couples Therapy Talking Online Avoid Lawyers Answer: Cut Ties Divorce is so painful that people...

How to Tell When Someone is Lying to You