Two men were caught on video as they shimmied down the US, Mexico border fence in Nogales, Arizona in plain daylight and within sight of numerous US border patrol agents.

Drug smugglers caught in the act

They were filming a story for their daily broadcast when the two men, both carrying large bundles on their backs, scurried down the fence and across the road.

When they noticed they were being filmed they ran back the way they had come, went up the fence and disappeared into Mexico.

It is assumed that the two were caught in the act of smuggling drugs across the border from Mexico into the United States.

These two seemed to cross with ease and knew exactly where to cross. How secure are our borders? 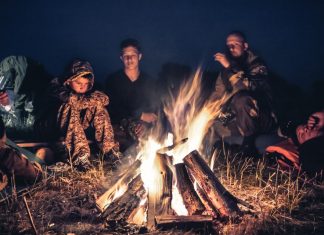 Catching the Best Animals for Survival

Former CIA Undercover Agent’s Message To Americans About Our Enemies