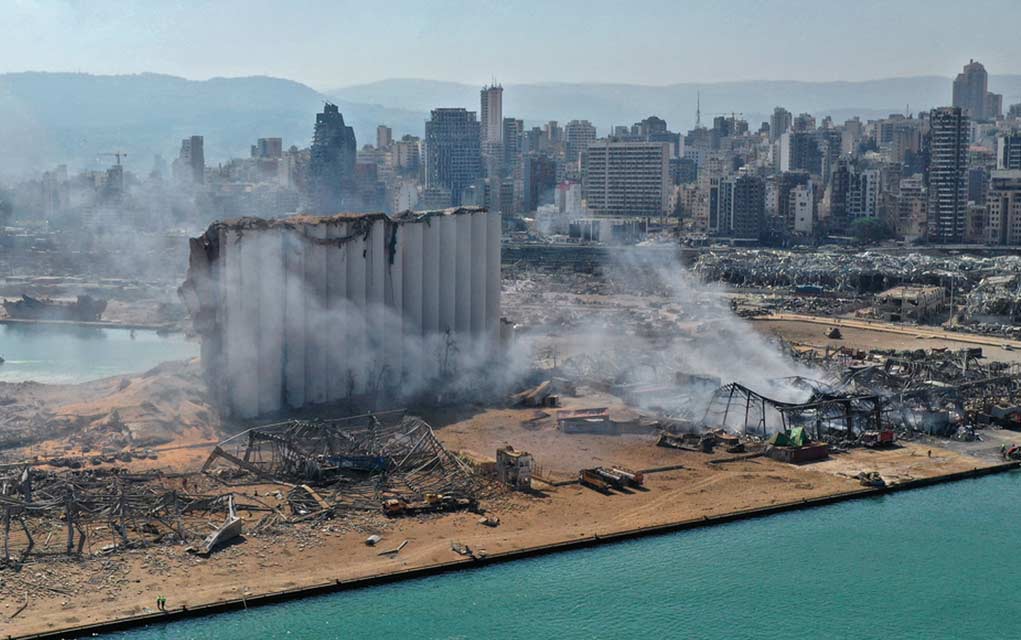 (Modern Survival.org) – Videos of the Beirut explosion have left millions in shock around the world — and countless dead or wounded in the city itself. The blast is said to have shattered windows 15 miles away from the epicenter and is being compared to the nuclear detonation over Hiroshima, Japan.

The official story thus far claims the explosion was likely accidental, the result of thousands of tons of ammonium nitrate being ignited. Not everyone believes the incident was a chance event, however.

President Trump announced to the world in a press conference that he has been told the incident was a ‘terrible attack.’ According to generals close to the president, the blast seems much more akin to a bomb going off than an accidental manufacturing mishap.

Speculation was quick to develop on social media as well, with some likening the blast to those created from directed-energy weapons (DEW). The video below claims to show the destruction caused by such a device.

If the video does indeed show the results of a DEW, it is strikingly similar to the explosion caught on camera in Beirut.

According to many citizens of Beirut, drones were seen flying around the area just prior to the detonation, adding fuel to the idea this could have been an attack. Some have even posted images online that claim to show drones flying above the warehouse as it was beginning to explode.

Unfortunately, this tragic incident seems to be part of a larger series of fires and explosions spreading throughout the Middle East in recent months. Iran, for example, has faced several such events — leading the country to believe it is being victimized by foreign espionage. One day after the blast in Beirut, a massive fire tore through a market in Ajman, within the United Arab Emirates.

If someone is orchestrating this unusual series of catastrophes, it leads to one glaring question: why?