Hundreds street agitators rioted outside a Donald Trump Rally in Orange County, California. The group of thugs flooded the streets waving Mexican flags, hurling rocks at vehicles, smashing police cars, and attacking and beating Trump supporters. The criminals flooded the street outside the amphitheater where Trump was speaking, threatening to continue the violence throughout the summer.

According to local police, at least five police cars were damaged during the riots, and a number of motorists who were driving in the area had their cars damaged by rioters who started attacking anyone in the area. One group carried benches and blocked the entrance to the 55 Freeway along Newport Boulevard, with people throwing rocks at motorists near the on-ramp.

In the lead up to the Republican National Convention this summer in Cleveland, Ohio some are warning that this could be one of the most chaotic summers we have seen in quite some time. Radical leftist groups are already gearing up for a summer of these mass-demonstrations, and law enforcement throughout the country have started making necessary preparations for trouble over the summer. 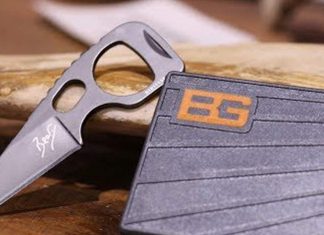 Surviving the unexpected is about being prepared, and the Bear Grylls Card Tool exceeds the standard. Few people know more about survival than Bear...